OUAGADOUGOU, Burkina Faso, 19 October 2021 -/African Media Agency(AMA)/-  Access to water and sanitation remains a luxury for most people in Africa. African parliamentarians are ensuring that this luxury effectively became what it really is, a basic human right. The biggest hindrance to improving water, sanitation and hygiene (WASH) in Africa is the absence of coherent legislation and inclusive policies in most parts of the continent.

Taking place ahead of World Toilet Day in November, international advocacy firm Niyel hosted a webinar to unpack how to achieve more sustainable sanitation systems in Africa. It also prepares the ground for the first United Nations conference on water and sanitation in nearly 50 years to be held in 2023.

The rest of the world is already taking notice of an incredible African initiative.

The African Ministers’ Council on Water (AMCOW) has developed groundbreaking African Sanitation Policy Guidelines (ASPG) which can be easily tailored to each African country. They represent a tool made for Africa in Africa and by Africans. The Guidelines were launched by AMCOW on June 11, 2021 to help governments ensure access to adequate and inclusive sanitation for all. An early success in this regard was already achieved in the recent adoption of the Guidelines by a first African country, Kenya. This now provides a precedent for other countries to follow.

The webinar panelists consisted of African parliamentarians and experts: the Honourable Halidou Sanfo, President of REPHA-Afrique and a parliamentarian of Burkina Faso; the Honourable Jacqueline Amongin, Chairperson the WASH Alliance of African Parliamentarians; Kitchinme Bawa, sanitation project manager at AMCOW (the initiator of the Guidelines); and myself Laetitia Badolo, a Senior Advocacy Officer at Niyel as I focus on leading a multi-year sanitation advocacy initiative. CSOs, NGOs, social movements, individual companies working in the field of water and sanitation were also participants in the webinar.

Assessment of what needed to be done

Africa’s Strategic Development Goals (SDGs) have unfortunately not been achieved. Nonetheless, ASPG provides a platform for the SDG for sanitation to finally be met, albeit belatedly.

Since 2013, AMCOW with support from the Gates Foundation has worked with six countries from west, central and eastern Africa on developing their WASH policies. The wide variety of sanitation approaches in these countries showed the need for a rethink. AMCOW broadened the project to reach about half of Africa. It found that not one country had a set of policies that was comprehensive enough to meet Africa’s SDGs.

The idea of having a set of uniform guidelines for all countries was born, and parliamentarians were identified as the key role players in implementing and monitoring the necessary laws and appropriate budgeting by governments. ASPG would ensure implementation of large-scale sanitation programmes capable of providing access to safely-managed sanitation to improve the livelihoods of people. African parliamentarians aim to ensure that legislation and policies relating to WASH are integrated as a priority – just like health and education policies – into national laws, and filling policy gaps wherever needed.

The webinar was co-organised by the seven-member REPHA-Afrique, which is the Network of Parliamentarians for Drinking Water, Hygiene and Sanitation in Africa. It was established in 2020 and aims to grow its membership to 15 countries in the coming months, aided by Niyel.

Its concept was that with around 70% of the population of sub-Saharan Africa lacking access to sanitation services, the continent must pull as one. The current members of REPHA are Benin, Burkina Faso, Côte d’Ivoire, Niger, Chad, Mali and Senegal. The purpose of this organisation is to provide support to national networks through the sharing of experiences to address common issues more effectively.

The role of ASPG

ASPG is a guideline as to what is an inclusive national sanitation and hygiene policy. Sanitation focuses mainly on the safe management of fecal sludge; hygiene on hand and menstrual hygiene. One aspect is a comprehensive and inclusive WASH policy; the other a step-by-step roadmap of implementation. It has been designed to trigger and guide the necessary reforms needed to accelerate progress, including funding.

At the 12th General Assembly of the Council of Ministers of the African Union in February 2021, the final draft of the ASPG was officially adopted and the AMCOW Secretariat mandated to launch ASPG and coordinate its adoption and uptake by member countries in terms of an ASPG Rollout Strategy. A high-level Champion was appointed – the First Lady of Sierra Leone, Fatima Maada Bio, with a mandate to involve high-level institutions and persons.

In some countries, Water and Sanitation have been ‘constitutionalized’ as a human right, making its implementation much easier. For now, what is important is to develop and/or implement inclusive national policies. The period until the UN conference in 2023 is anticipated to be one of capacity building, budget allocation by some of the REPHA-Afrique membership towards implementation and reinforcing advocacy work. The coming year will see the ASPG made ever more accessible to national parliaments – less technical in its language. All stakeholders in the sanitation sector will be contacted to be included in discussions.

Parliamentarians, through their roles in parliamentary committees have access to relevant government ministers. Domesticating the ASPG to each country in Africa involves support for governments through a mechanism to deliver services to the people. These people are not faceless numbers, but our neighbours and people we know.

Distributed by African Media Agency on behalf of NIYEL.

REPHA-AFRICA
REPHA-Africa is the Network of Parliamentarians for Drinking Water, Hygiene and Sanitation of Africa. It was created in 2020 with the support of Niyel, and is intended to be a framework for influencing decision-making and the effective implementation of public policies for a better political and social commitment for the promotion of equitable access to drinking water, hygiene and sanitation in Africa.

NIYEL
Founded in 2008, Niyel is an international advocacy and campaigns firm based in Dakar, Senegal. Niyel works to promote public policies conducive to the development of all, and to influence practices to ensure that as citizens, individuals and communities, we understand the social, political and cultural issues related to our daily lives. 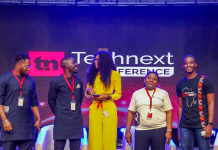