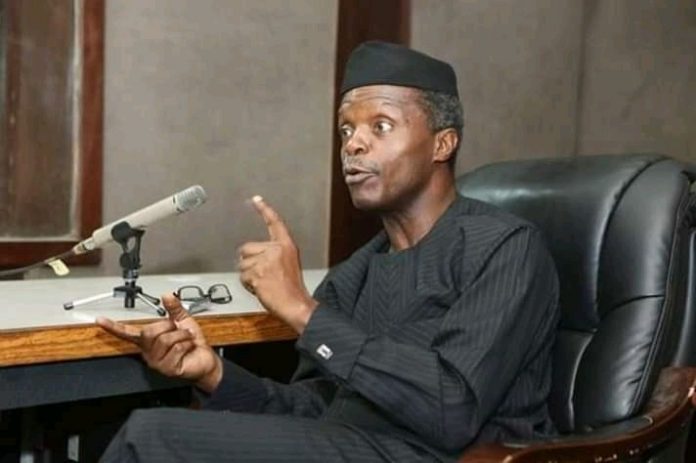 Yemi Osinbajo, the Vice-President of Nigeria, has said the Nigerian government has so far implemented 140 reforms which are aimed at making business dealings easier in the country.

The Vice-President made this known at the 2nd Presidential Enabling Business Environment Council (PEBEC) Awards, where he also revealed that the World Bank reported that 32 states in the country have grown in their ease of doing business environment in 2018.

He stated: “In the past three years, Nigeria has implemented more than 140 reforms to make doing business in Nigeria easier. Some of the successful reforms include the ability to: Reserve a business name within four hours; complete the registration of a company within 24 hours online; apply for and receive approval of a visa-on-arrival electronically within 48 hours; file and pay taxes online; and access specialised small claims commercial courts in Lagos and Kano states.

“The World Bank also reported in 2018 that 32 states of Nigeria improved their Ease of Doing Business Environment led by Kaduna, Enugu, Abia, Lagos and Anambra states.

“In 2019, PEBEC set a goal to move Nigeria into the top 100 on the 2020 World Bank Doing Business Index (DBI). To achieve this, we will be pursuing the continued implementation of reforms across all indicators, including the implementation of legislative reforms, specifically the passage of the new Companies and Allied Matters Act and the Omnibus Bills; the expansion of the regulatory reform programme which started with National Agency for Food and Drug Administration and Control (NAFDAC) and National Insurance Commission (NAICOM), and now to include other regulators; the establishment of a National Trading Platform for ports; and the concession of our major international airports.”

Speaking further, Osinbajo said “We have highlighted key action items in all of the focus areas to ensure that they do not unravel, and to ensure we drive sustainability,” he said.