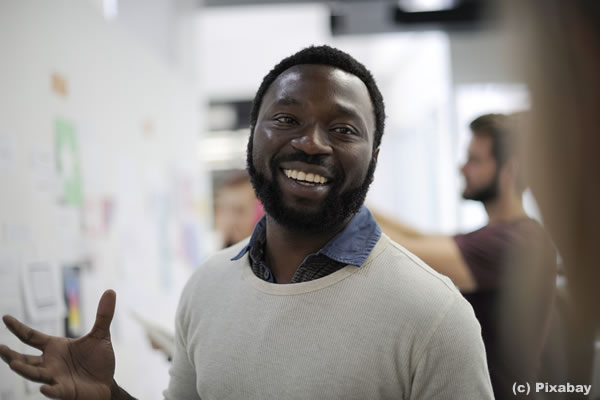 As they say, only the strong survive, a saying many African based entrepreneurs will appreciate with an average ease of doing business index of 142 out of 190 in sub-saharan Africa where Somalia sits at the bottom.

“still I rise…”, “I” here representing the African spirit.

In spite of the widespread harsh economic situation occasioned by long drawn wars, dearth of infrastructure and poor political will/leadership, African entrepreneurs like Aliko Dangote, Mo Ibrahim, etc, continue to prove to the world that Africans can do it.

There are several top business ideas to try in Africa, and  in this post we highlight 4 young African entrepreneurs that embody the entrepreneurial spirit, blazing the trail and making a mark in business and entrepreneurship.

Drones were once unmanned military grade aerial vehicles capable of remotely carrying out military operations by proxy. Today, drones are and do a lot more, from recreational to parenting and scores in between.

Duran De Villiers while running his media outfit thought of deploying drones for aerial photography and video coverage, drones being yet a new concept.

However, he saw the big picture, abandoned drones-for-photography, sold his media production outfit and started his new company which manufactures and sells drones for commercial and recreational purposes.

“I was fortunate enough to get into it when it all started”.

On funding, he says,

“I’ve seen too many startups spend more time looking for money than actually just getting on with it”.

“We started Motion Pixel on our kitchen counter, worked until we could afford a bigger space, then worked some more…”.

“We have, to date not had any outside funding, loans or investors. As the saying goes, “Faithful with little, faithful with much”.

From a kitchen counter to counting millions delivered by drones; R-14 million in turnover in its first year in 2013, Duran has no doubt done well for himself.

Nigeria, being a top African business, tourist and travel destination records large inflow of visitors, local and foreign. However, until 2013 finding a reputable hotel directory was a hassle. A gap Mark Essen saw and stepped in.

Today, Hotels.Ng has transformed Nigeria’s hospitality industry and made its mark. Thanks to Mark, visitors can now browse over 10,000 hotels by price, location, etc, make reservations and book online, significantly reducing unnecessary travel hassle. Feelers even suggest that corresponding taxi services may be in the pipeline.

According to Mark Essien

“This manual process is not only painstaking but also capital intensive because the online platform has to hire field agents to ensure the quality of photos”.

From $300, Hotels.Ng is now worth about $4 million, thanks to investors like Jason Njoku of Iroko TV, EchoVC Pan-Africa Fund, Spark and Omidyar Network a venture capital firm launched by eBay founder Pierre Omidyar.

Essien’s net worth is put at approximately $8 million.

Africa on the other hand is the world’s leading producer of cocoa with West Africa supplying two-thirds of global cocoa demand, yet only about 1% of all chocolate consumed in the world is produced from Africa.

At 10,000 chocolate bars a month and counting, Pink Food Industries is taking Uganda by storm and they’re not done yet. According to Stephen

“Our target is to produce 1 tonne monthly. We hope after satisfying the local market we shall start exporting some chocolate to other countries”

Ovation Magazine rose to the occasion for those who could afford, but still faced stiff global competition from brands like Vogue, Glamour, People, Cosmopolitan, Time Magazine etc.

As the web spread its nets in early 2000’s, Uchenna Jennifer Eze figured out she could blog more about Nigerian politics, fashion, business, entertainment (which was booming), weddings, lifestyle, etc.

In 2006, she started BellaNaija blogging about trending events, personalities, fashion, weddings, celebrities etc. It was a hit, especially with the youth. Feedback was golden, and the rest they say is history.

For a venture that started as a hobby with no other intention than showcasing Nigeria and Africa to the world, BellaNaija.com has become a household name in Nigeria and also an important window to the outside world. Her blog BellaNaija.com reportedly earns up to $40,000-$50,000 a month from Google Adsense alone, situating her among top Nigerian bloggers.

She is now married and goes by the name Uche Pedro.

CONCLUSION
There are so many young Africans who have been able to conquer their immediate environment either by re-inventing the wheel or starting off a virgin venture.

These 4 are only examples to inspire you and remind you that anything is possible anywhere, even here in Africa. This is only a list of 4, you could be number 5 if you start today. 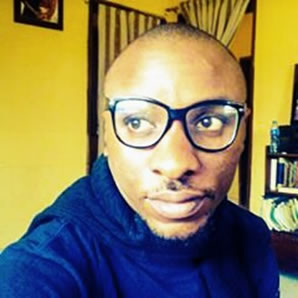