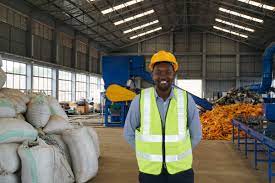 In an age where the scramble for the newest high–tech gadgets such as smartphones, tablets, televisions, Bluetooth speakers and earphones etc. is only increasing, one cannot help but ask the question as to what happens to broken, outdated and malfunctioning gadgets, regarded as e-waste, which has outlived their purpose and serves no need for use to the currency of technology? Statistics from the UN–affiliated Global E-waste Monitor report show that nearly 54 million metric tons of e-waste were generated around the world in 2019, and this includes everything from phones, tablets and computer parts to larger appliances like refrigerators and old fax machines. According to the United Nations, together all the waste weigh ‘more than all the commercial airliners ever made. To cap the equation, this forms part of 11.2 billion tonnes of solid waste which is produced on Earth which, according to the United Nations contribute to about 5 percent of all global greenhouse emissions. The numbers are alarming, and it is to this extent that recycling as a subject is forming a key part of the discussion in the world, especially as it relates to reducing and helping to cure the effects of climate change.

In Africa, it is estimated that only 4 percent of waste is being recycled – which is a far cry from the African Union vision that ‘African cities will be recycling at least 50 percent of the waste they generate by 2023. And, from the statistics above, only a fraction represents the amount of e-waste recycled on the African continent which is inadequate when compared to a number of the high-tech gadgets existing on the continent. In Nigeria alone, it is estimated that more than 90 million people use enabled gadgets with smartphones representing a lot of that number. Inevitably, it becomes important to look into how Africa improve can improve its e-waste recycling capacity at some point, and, graciously enough, Rwanda has the answer for the continent.

Generally, 13 countries have passed national legislation regarding e-waste regulation in Africa, according to the Global E-Waste Monitor report, but Rwanda is doing the most with that channel as it has developed the first official recycling and refurbishing facility in the country which has been in operation since July 2020. The State of the Art facility, which is the product of a public-private partnership between the government and Dubai-based Enviroserve has become a source of pride for Rwanda as it possesses the capacity to process up to 10,000 metric tons of e-waste per year.

The Lesson for Africa

Since its inception, according to the Managing Director, Olivier Mbera, Enviroserve has repaired and refurbished more than 5,000 computers, which were sold to public schools and it has also process more than 4,000 tons of e-waste while creating more than 600 jobs. Through this, the Rwandan government, already known for its activity towards green growth, has demonstrated further an admirable commitment to climate resiliency, investing in cleans energy access and sustainable e-waste management which supports it goal of reaching 48 percent of its population with off-grid energy solutions.

It must be realized, however, that Rwanda’s success with Enviroserve which is positioning the country to lead the discussion of e-waste management on the continent was not built in a day, just like Rome, as the policy discussions around how to manage its e-waste began as far back as 2008, with formal approval of an e-waste policy finally arriving in 2016. This policy provided guiding principles in dealing with e-waste and roles and responsibilities for institutions in the country. Legal instruments were then created in the form of law, regulations and adequate infrastructure to handle the increasing generation of e-waste.

One main benefit which comes with handling E-waste management better with such State of a Art facility is the creation of a circular economy, which is the act of putting all waste to use again through recycling. Aptly putting the need to consider such approach in light of e-waste management, Mbera noted that ‘E-waste is often looked at as a problem’, but as Rwanda has demonstrated, it is also a resource if the continent can just put a little more effort into waste management through which he states that ‘we could achieve great things.

The Opportunity for Gold

It has been mooted that, perhaps, the biggest opportunity for sub-Saharan nations lies in extracting the valuable raw materials and metals present in such a large amount of waste from electronics. The UN estimates as much as 7 percent of the world’s gold deposit to be in e-waste, and not only gold, but other materials such as silver and platinum which are resident in electronic devices which can be extracted and used to generate revenue or income for businesses. In a world that is tech-driven, one cannot but imagine the number of resources that go into the production of electronic items. It is an opportunity to key into.

Rwanda, through Enviroserve, has furthered the initiative on waste recycling and management, in effect, providing a blueprint for other African governments and countries to follow. It becomes necessary to consider the proposition given the benefits within which also includes the guarantee of a clean and safe environment. African leaders should encourage and engage in policy discussions on issues of waste management generally and look into relevant approaches to scale up recycling to go far above the poor 4 percent mark that has been attached to the continent. Building facilities such as Enviroserve should be part of the continent’s visionary look into a future that will only ever know an increase in the rate of high tech gadgets and appliances.