African Leadership Magazine
Home Editorial 6 Things Every Mentor Should Do 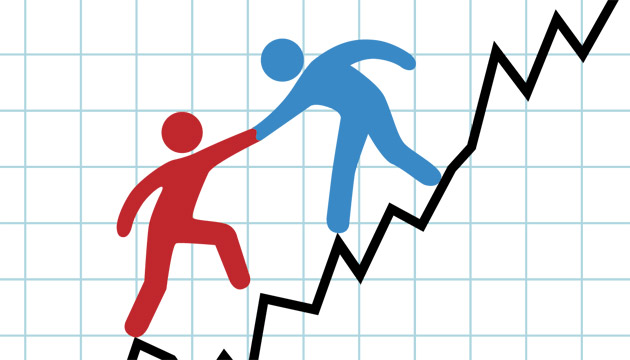 As academic physicians, we do a lot of mentoring. Over the course of our careers, and through our formal research on mentoring within and outside of academia, we’ve found that good mentoring is discipline-agnostic. Whether you’re a mentor to a medical resident or marketing manager, the same principles apply. The best mentorships are more like the relationship between a parent and adult child than between a boss and employee. They’re characterized by mutual respect, trust, shared values, and good communication, and they find their apotheosis in the mentee’s transition to mentor. We’ve also seen that dysfunctional mentorships share common characteristics across disciplines — the dark side of mentoring, which we’ll get into later.

Given how important mentoring is, there’s surprisingly limited guidance about how to become a good mentor. This is perhaps, even more, the case in the world of management outside of academic medicine — whether it is finance, consulting, or technology — as the path from professional to senior executive requires more than individual success. We offer here an informal set of guidelines for good mentorship — a playbook, if you will, for a game that is very much a team sport. While we draw many of our examples from academic medicine, the lessons are pertinent across disciplines.

Effective mentorship takes time. Mentors trade away hours they could use to pursue their own career goals and spend them on someone else’s. Although the prospect of having an energetic, personable junior partner for a multitude of projects is appealing, having the wrong mentee can be painful.

Beware the diffident candidate who expects the mentor to keep the relationship going or the candidate who insists on doing things their way. A mentee should be curious, organized, efficient, responsible, and engaged. One way to look for these traits is to test prospective mentees. For instance, we often ask mentees to read a book and return within a month to discuss it. Similarly, we sometimes give a candidate a few weeks to write a review of an article in a relevant area. In a business setting, you might ask a prospective mentee to prepare a presentation in their area of expertise, or join you on a sales call or at a strategy offsite and write up their observations. This gives you a good sense of their thinking process, communication skill, and level of interest. If they don’t come back or complete the assignment, you should breathe a sigh of relief — you have avoided taking on a mentee who lacked commitment.

Consider the case of a partner in a major consulting firm who told us of how he struggled with his first mentoring relationship. A young gun (let’s call him Sam) wanted to join the partner’s team, which was helping a client with a difficult human resources problem. Sam appeared keen, ambitious, and enthusiastic. He emailed constantly, asking about the position and reiterating how much he wanted to join this team. “He reminded me of a younger version of myself, and I thought I could groom him to be a superstar,” the partner recalled. Unfortunately, Sam proved to be a disaster. He showed up late to meetings, never turned in reports on time, and didn’t get along well with the offsite team. When the client finally complained, the partner had no choice but to take Sam off the project. Rather than being apologetic, Sam criticized the manager for cutting him loose. “I realized I had made a huge mistake, but only too late,” the partner told us. Sam could certainly talk the talk, but he didn’t have the commitment, organization, or motivation necessary to succeed.

The exclusive, one-on-one relationship of mentor and mentee, long the norm, was ideal for a time when both parties stayed put in one institution or devoted to a single mission. That time has passed. Professionals in business and academia are highly itinerant, moving from one project or institution to another. Moreover, faculty and managers alike are under constant and growing time pressure. As a result, most mentors today share responsibility with others for the growth of a mentee. It makes sense: Few senior-level people have the time or range of expertise to serve as a solo mentor. Having a handful of co-mentors also gives mentees a fallback position if the relationship with their primary mentor fizzles.

Mentees should work with mentors to create a mentorship team, with members selected from their various areas of knowledge, such as subject matter expertise or career advice. The individuals chosen need to work well together and with the mentee. The primary mentor should function as the go-to person, providing mentees with moral, career, and institutional support, ranging from choosing a project focus to helping build a network, to strategizing for success.

The concept of mentorship teams has slowly started to spread through management. A recent HBR article (“Your Career Needs Many Mentors, Not Just One,”) advanced the concept of mastermind groups, or a personal board of directors, a clear allusion to mentorship teams. Inherent in each of these brain trusts is the notion that the myriad skills and knowledge needed in business are difficult to acquire from a single individual. Indeed, firms such as Credit Suisse now employ a multi-person mentorship strategy when assigning new analysts to projects. An analyst needs much more support than a single staffer can provide, and will only grow more fluent in a firm’s culture and language through guidance from key figures across the organization. A young analyst we spoke with, who is soon to become an associate, described their experience in this way: “What I learned in onboarding was only 40% of what I needed to be successful. By having several key people, from staffers to VPs, assigned to me early in my career, I was able to gain the other 60% quickly.”

To begin, clarify what your mentee expects from the relationship, match it against your expectations, and reach consensus. You may have misapprehension as to the mentee’s long-term goals, while the mentee may have an exaggerated notion as to what services you will provide. Such misunderstandings are costly, in terms of time and tranquility. These differences should be resolved explicitly and early in every mentoring relationship. In our experience, the most successful relationships are ones where the mentee fully understands and shares their mentor’s vision for success.

Establish a cadence for communication. Most mentors want to keep up with major developments in their mentees’ work, but dislike unscheduled phone calls or a flood of emails for minor issues. We avoid this by telling mentees we will meet in person monthly to discuss issues in depth. If an unexpected or time-sensitive issue arises outside of this meeting, we expect an email or call that is on-point, with questions framed to facilitate “yes” or “no” answers. For this to work, the mentor and mentee have to be disciplined about keeping their scheduled meetings. For example, we know of a junior associate in an international banking firm who described communicating with his VP every two weeks, regardless of where in the world they were. “I remember once being in Geneva while he was in China. We were both working on different projects,” the associate told us. “But because we had that time slotted on our calendars, I made it a point to reach out to him to see if he still wanted to speak. I shouldn’t have worried. As I was writing my email, an invitation from him popped up for a phone call.”

Finally, make it clear that accountability isn’t optional. Effective mentors educate mentees about the standards of the profession — and ensure they live up to them. If a mentee produces second-rate or tardy work, both the mentee’s and mentor’s reputations suffer. Deadlines must be honored, commitments to projects kept, and appointment times adhered to. Mentees must respect mentors’ time. Essential mentee behaviors include setting up an agenda ahead of meetings and assuring that mentors have adequate time in advance to review any related materials. (In academia, that would include giving mentors a week or two to look at a draft of a manuscript or grant proposal.)

Part of assuring accountability involves making sure that mentees understand that they are, in effect, your student. They should expect and welcome constructive criticism. Mentees must also understand that repeating the same mistakes is unacceptable and that a single egregious error, such as data fabrication or plagiarizing, may end the relationship — or worse.

Head Off Rifts…or Resolve Them

It’s not uncommon for mentors and mentees to have a falling out. What seemed like a perfect pairing on the surface may wind up being a total mismatch. Sometimes this becomes obvious suddenly. For example, an associate in a consulting firm told us of their decision to not take an overseas assignment because of family issues. Rather than receiving support from their mentor (who was also their boss), they got an angry call the next day. As the mentee told us, “He thought my giving up this opportunity was a huge mistake — that this was how he got his break, and that I was being dumb for putting family first. I certainly did not see it that way, and was shocked that he felt so strongly about it.”

At other times, either the mentor or the mentee may be completely unaware that there is a rift. For example, we know of a mentee who was having academic difficulties and told their mentor they were thinking about quitting. The mentor responded with advice on how to get a leave of absence. The mentee was despondent, but hid it: They had actually hoped for additional resources to ease their workload but was uncomfortable about directly asking for it.

In some cases, there’s nothing to be done. Usually, though, it’s possible to avoid or repair problems. Mentors must recognize that disagreements and misunderstandings are almost inevitable in these relationships and that the mentor, not the mentee, is responsible for avoiding or repairing rifts. Smart mentors do not allow sores to fester or spats to escalate. They intervene early to keep the relationship on track. For instance, in the second example above, the mentor could have created an open, cards-on-the-table relationship that would have encouraged the mentee to be more honest about their needs, or at least inquired about the underlying issues behind the mentee’s challenges before suggesting a leave of absence.

Because mentors are in the dominant position in the relationship, it’s easy for them to wield their power inappropriately – even if they’re not fully aware of it. Such “mentorship malpractice,” as we called it, has negative career consequences for both parties. Next time you look in the mirror, professionally speaking, ask yourself whether you’re guilty of any of these behaviors and if you are, stop them immediately:

Prepare for the Transition

A mentor’s accumulated wisdom and expertise must be passed on to the next generation. Good mentors make this process conscious, discussing challenges and satisfactions of mentorship with mentees. While the actual moment of transition from mentee to mentor varies according to circumstances, the mentor must feel that the mentee has achieved real expertise and has a coping, generous personality to make this leap. Often, some event within the mentor’s area — a retirement, a new grant, or a major project — creates the need for a new mentor to join the ranks.