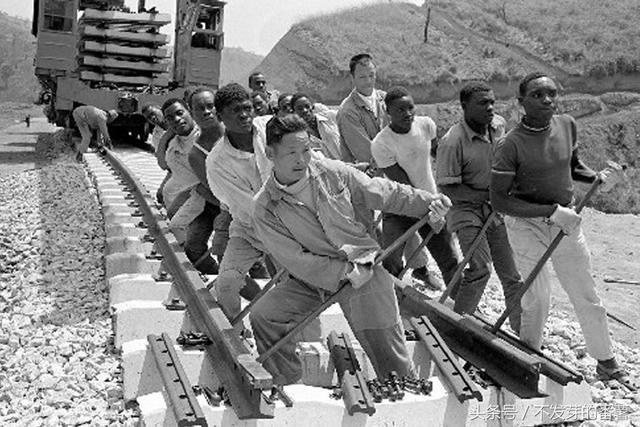 Twenty-five-year-old Li Shangyi remembers his grandfather’s stories about Africa in the 1970s when Grandpa Li was stationed in Tanzania for construction of the Tanzania-Zambia Railway. Some 40 years later and now the younger Li is working in Malawi on another grand project that connects people.

Li, who majored in Swahili at university, began to work in Africa in 2015 after graduating from university. Travel to Africa is no longer arduous like it was for his grandfather, who spent 13 days on a ship on which many of his fellow workers suffered from seasickness.

A total of 50,000 trips, like the one taken by Grandpa Li, were made in the 1970s over a period of five years for the construction of the 1,860-km railway. “Everybody who made the trip was Chinese. They coped with heat, wind and the rain, and insects. Some even sacrificed their lives. But all of them felt extremely proud to help a third world country,” said Grandpa Li, now 80 years old, in an interview with China Daily.

Now, the younger Li is working with his fellow workers to install satellite televisions at villages across the continent to expand access to digital media in rural areas. In 2018, Li and his team were the first to bring the World Cup to villagers in Ngolomi, Malawi, with the newly-installed equipment.

“I received a text message from the village chief on July 16 to offer their gratitude. I felt very much moved by the message, even though I visited them almost every day in their village. I hope the satellite television project will become a window for them to understand the world,” Li said, adding that he feels proud to carry on the family tradition of building friendship between China and Africa.

Every generation has a mission in its time, said Grandpa Li. “I believe my grandson has made the right choice,” he noted.