African Leadership Magazine
Home Highlights A Nation’s Socio – Economic Standing and Its Position in the Global... 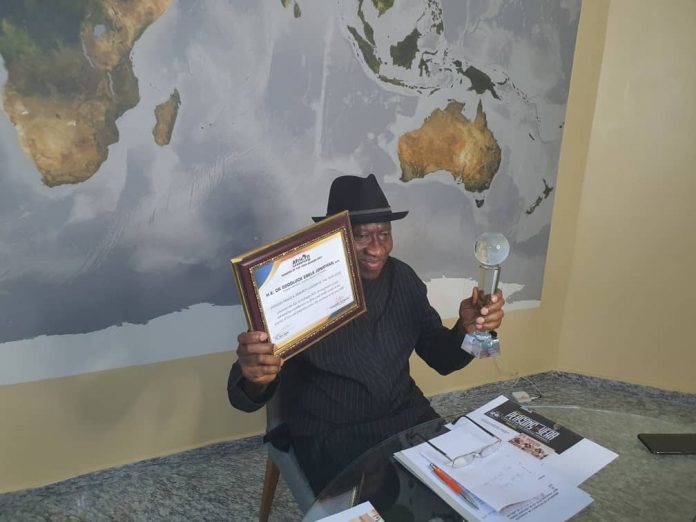 Former President of Nigeria, H.E Dr. Goodluck Jonathan, who is also presently the African Leadership Magazine (ALM) Africa Peace and Security Leader of the Year 2020, delivered a keynote address at the ALM Persons of the Year presentation ceremony on the theme ‘Promoting Sustainable Peace and Security in Africa: Lessons for Political Leaders’.

In his address, the Africa Peace and Security Leader noted that there is an “urgent need to bring an end to the growing insecurity, instability, mounting misery and despair’ in society. He posited that peacebuilding is one of the greatest challenges facing the world today, and provided statistics from the result of the 2020 Global Peace Index released by the Institute for Economic Peace which showed a mass deterioration in the level of global peace, also noting that terrorism and internal conflicts have been the biggest contributors to the global deterioration in peace.

Explaining the influence of leadership, Dr. Jonathan noted that “the fate of a nation is often interconnected with that of the leader”, and it is a priority that leaders promote peace and build institutions that cater to the needs of citizens, keeping them safe. According to him, the challenge of insecurity is great in Africa and the continent’s security is mainly threatened by political instability towards democratic practices and weak institutions.

Key parts of Dr. Jonathan’s statement were targeted towards the need for the sustainability of peace and how it relates to the rating on a global index. He noted that:

“There is a clear link between a nation’s social and economic standing and its position in the global conflict index. Nations with fewer conflicts and more stable leadership tend to be richer and better off in the human development profile. The nations with the lowest progress on the official United Nations human development index, many of them in Africa are those that are either poorly governed or embroiled in the leadership struggle. That is why I spend my time supporting democracy and peaceful transition of power on the continent because I know that it is very relevant to search for good governance, peace and prosperity on our shores.

It is for this reason that the African Union Mechanism for Promoting Peace, Security and Stability focuses on providing good governance as a means of tackling such issues as widespread poverty, unemployment, illiteracy and absence of free and fair elections”.

The former Nigerian President pointed out self-centred and unnecessary contests for power by leaders as the cause of violence and insecurity on the African soil. He said: “When politicians undermine democratic principles and usurp citizen’s rights, it creates a situation that impacts negatively on peace and development. This is a recipe for lawlessness because excessive power obviously exceeds negative reaction as those on the receiving end may be forced to revolt against the system.

In his concluding remarks, Dr. Jonathan proffered a solution and guide on how to promote sustainable peace and security in Africa by stating that “The pathway to stabilizing our polity is to improve the quality of governance by sanitizing and strengthening the electoral processes on our continent. That way, a citizen will be in a good position hold leaders accountable through the ballot”. Furthermore, he advised that for peace to reign, those who wield power should respect the rule of law, be fair to all and dispense justice in a manner that promotes equity and boosts the people’s confidence in their nation. It is to this end that he restated his commitment to seeing that Nigeria, West Africa, and Africa will consolidate democracy and ensure peace so that adequate focus will be placed on developing future generations to come. 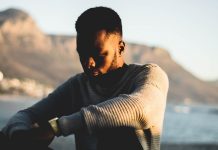