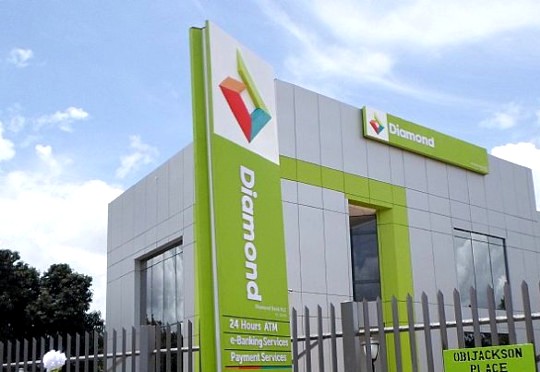 The Board of Access Bank Plc. (“Access”) announced it has signed a Memorandum of Agreement (MoA) with Diamond Bank Plc. (“Diamond”) regarding a potential merger of the two banks that will create Nigeria and Africa’s largest retail bank by customers.

This follows its selection as preferred bidder after a competitive process undertaken by the Board of Diamond Bank. The proposed merger would involve Access Bank acquiring the entire issued share capital of Diamond Bank in exchange for a combination of cash and shares in Access Bank via a Scheme of Merger.

Based on the agreement reached by the Boards of the two financial institutions, Diamond Bank shareholders will receive N3.13 per share, comprising;

(2)   the allotment of 6,617,253,991 (six billion, six hundred and seventeen million two hundred and fifty-three thousand, nine hundred and ninety-one) new Access Bank ordinary shares, representing the 2 new Access Bank ordinary shares for every 7 Diamond Bank shares. The offer represents a premium of 260% to the closing market price of N0.87 per share of Diamond Bank on the Nigerian Stock Exchange as of December 13, 2018, the date of the final binding offer.

The completion of a transaction would be subject to formal regulatory and shareholder approvals.

Commenting on the MoA, Herbert Wigwe, CEO of Access, said:

“Access has a strong track record of acquisition and integration and has a clear growth strategy. Access and Diamond have complementary operations and similar values, and a merger with Diamond, with its leadership in digital and mobile-led retail banking, could accelerate our strategy as a significant corporate and retail bank in Nigeria and a Pan-African financial services champion. Access has a strong financial profile with attractive returns and a robust capital position with 20.1% CAR as at 30 September 2018. We believe that this platform, together with the two banks’ shared focus on innovation, financial inclusion and sustainability, can bring benefits to Access and Diamond customers, staff and shareholders.”

The board of Diamond Bank believes that the proposed combination of the two operations provides an exciting prospect for all stakeholders in both businesses and will create a financial institution with the scale, strength and expertise to capitalise on the significant opportunities in Nigeria and subSaharan Africa more broadly”.