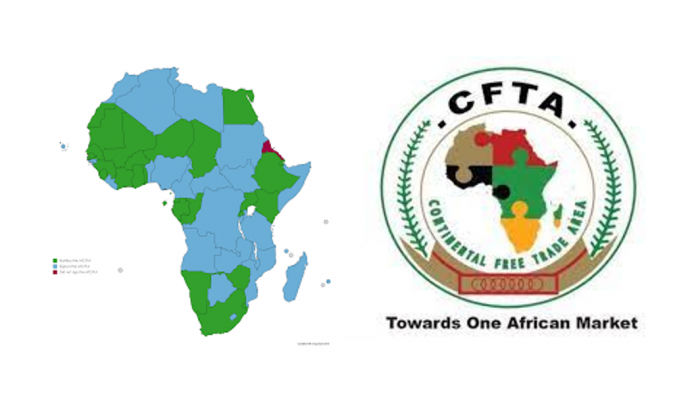 Africa as a continent is adjudged to have the youngest population in the world, and according to Simona Varella on Statista.com, the 21 countries with the lowest median age in Africa are also the lowest median age worldwide. To follow the continent’s reputation and development as a youthful hub, a recast can be made to 2015 when the United Nations estimated that 226 million youths aged 15-24 living in Africa, at the time, representing nearly 20 percent of the continent’s population, and the number of people aged below 35 were to be included, the percentage increases to staggering three-quarters of its total population. In 2019, an estimate from the Mo Ibrahim foundation revealed that 60 percent of Africa’s population was under the age of 25. And, a forecast from the UN has projected the share of Africa’s youth in the world to increase to 42 percent by 2030, which shows a rapid progression that almost equals half of its present number.

This youthful demography represents a huge part of the populace expected to drive the continent’s will in the Free Trade Area Agreement (AfCFTA), yet, they have been befuddled and faced with challenges such as unemployment and a lack of opportunities. The 2019 Ibrahim Forum Report shows that for non-working youths, unemployment is the consequence of a lack of jobs; a challenge which the AfCFTA is meant to provide a solution to, hence it becomes critical to delve into examining the opportunities inherent for Africa’s promising youths in an innovation created to serve 1.2 billion people locally while bearing the reputation of being the largest single market globally.

For a teeming population expected to reach 460 million by 2050, it only means Africa will be faced with the challenge of providing immense job opportunities for its youths. This challenge when well-tended to can provide the continent with its most significant opportunity yet. The African Union’s (AU) African Youth Charter claims that Africa’s youth is its biggest resource, especially when considering the potential they promise. Identifying this potential is the first step, and it is expected that the AfCFTA will produce more jobs for the continent’s ever-growing youthful population. An open market will grant them the chance to delve into entrepreneurial opportunities and scour trade niches which will reap regional benefits in different sectors. It is expected that this growth in entrepreneurial activities will be immensely supported by an increase in Foreign Direct Investment which is highly expected. Also, with the available opportunity for expansion and growth, organizations will seek to improve on their employees, carving out roles that will need such vibrant minds to fill. In this vein, the continent and to look to a progressive time in growing its business activities as the years come by and more youths are presented with relevant opportunities to develop their careers.

According to the World Bank, AfCFTA presents an opportunity for African countries to bring 30 million people out of extreme poverty and to raise the incomes of 68 million other people who live on less than $5.50 per day. A high number of individuals on the continent looking to escape the poverty zone are youths as they seek to match up with their responsibilities and carve out a lasting future to sustain them. West Africa is expected to see the biggest decline in the number of people living in extreme poverty, estimated at 12 million. Central Africa is expected to have a decline of 9.3 million. Eastern Africa would see a decline of 4.8 million. Southern Africa would see a decline of 3.9 million, and countries with the highest initial poverty rates would see the biggest decline in poverty rates. Effectively, with poverty rates reduced and income gains in businesses increased, the average African youth can consider various options to explore and make a profit from, and in doing so invest back into the continent to boost and aid the implementation of its single market.

Of the much AfCFTA promises, it is expected that the agreement would provide the opportunity for a vital boost towards the manufacturing industry on the continent, and presently, Africa is appraised in the world as the continent with the highest number of entrepreneurs. Manufacturing is a huge business in Africa, and the continent’s youths drive the course. The projected increase in Africa’s exports is placed at $560 billion, mostly in manufacturing, according to the World Bank. To evaluate the immense potential inherent in the possibilities attached to this, Caroline  Freund, the Global Director of Trade, Investment, and Competitiveness, explains that ‘creating a single, continent-wide market for goods and services, business and investment would reshape African economies, (and) the implementation of AfCFTA would be a huge step forward for Africa, demonstrating to the world that it is emerging as a leader on the global trade agenda’. Given this, it is no doubt that as Africa prepares to announce its name on the global stage, its youths would play a vital role to bring that name forward.

Undoubtedly, the AfCFTA presents a promising future for African youths and their venture into the coming years, but it is not enough to look at the opportunities it creates and not take action towards it. African governments and organizations must begin to examine ways of harnessing this opportunity to represent the continent in the best way and manner possible towards its growth and development.