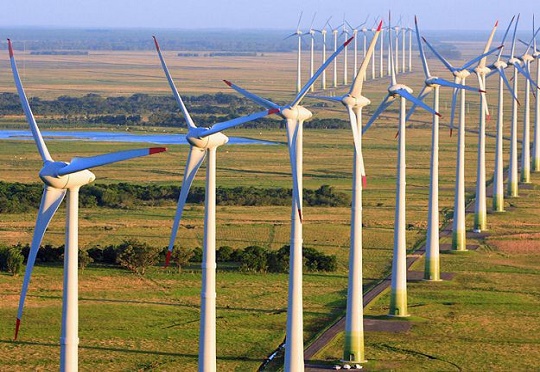 The Off-Grid Energy Access Fund (OGEF) had its first close with committed capital of $ 58 million from the African Development Bank, the Nordic Development Fund, the Global Environment Facility, Calvert Impact Capital and All On.

OGEF’s first close follows the official launch of FEI at the Africa Energy Market Place (AEMP) on 5-6 July 2018, where the initiative was presented to representatives of five African countries – Côte d’Ivoire, Ethiopia, Egypt, Nigeria and Zambia – as well as leaders from the private sector and the development partner communities.

FEI is a flagship initiative of the Bank’s New Deal on Energy for Africa and part of its High5 priority to light up and power the continent, aiming to connect 75 million households through off-grid energy access solutions by 2025.

“FEI is part of a broader Bank strategy to unlock more financing in decentralized energy companies, which also entails direct investments in market leaders, lines of credit for local Banks and programmatic support to countries in scaling-up their energy access agendas.
“We will keep pushing the ‘off-grid revolution’ in the African continent to achieve universal energy access by 2025,” stated Amadou Hott, Vice-President for Power, Energy, Climate Change and Green Growth.

“OGEF is the result of a strong partnership between our institutions and a perfect case study for making blended finance work for climate, green growth and the Sustainable Development Goals,” said Pasi Hellman, Managing Director at the Nordic Development Fund.

João Duarte Cunha, Manager for Energy Initiatives and Partnerships at the bank, further underscored that “this broad partnership is a reaffirmation of the Bank’s catalytic role in financing renewable energy projects of all scales across Africa”.

“The energy access sector demonstrates the vibrancy and innovation in Africa for market solutions to fundamental challenges. LHGP is excited to be the manager of OGEF and engage local capital markets towards the goal of connecting millions of households to electricity”, said Clemens Calice, LHGP Partner.
OGEF’s first close exemplifies this through the participation of Calvert Impact Capital and All On, and anticipation of additional future private sector investment.

According to Wiebe Boer, CEO of Nigeria-based All On, an off-grid energy impact investment company backed by Shell, “We see OGEF as a great opportunity for public and private investors to work together to address Africa’s significant access to energy gap. We look forward to working with LHGP, especially the Lagos office, to build a solid portfolio of off-grid energy companies that are improving livelihoods by providing affordable power to un- and underserved communities.”

“OGEF squarely fits within our investment mandate of leveraging public capital at scale to create systemic change in sectors and geographies that have been overlooked by mainstream capital markets. We are excited to work with this group of committed investors to scale this facility and increase access to clean electricity for off-grid households in Africa,” said Jenn Pryce, President and CEO of Calvert Impact Capital.

“Shell Foundation is delighted to support the first close of OGEF. We believe that these funds will make a meaningful difference to companies delivering access to energy across Africa.” Pradeep Pursnani, Deputy Director, Shell Foundation.
The spirit of partnership was echoed by Andrew M. Herscowitz, Coordinator for Power Africa, who noted that “Power Africa is excited to support FEI. We will only achieve our ambitious goals by continuing to work closely together to promote private sector investment.”