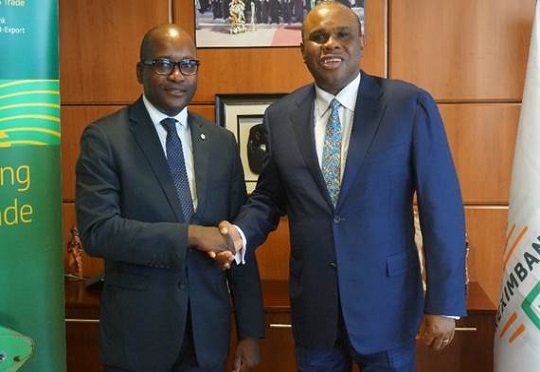 The African Export-Import Bank (Afreximbank) has signed an agreement granting an EUR 30 million revolving trade financing facility to Caisse des Dépôts et Consignations du Gabon (CDC Gabon) to support the operations of the tenants of the Gabon Special Economic Zone and to provide them with the capacity to export their products.

Under the terms of the agreement, the facility will be used to finance the working capital needs of eligible companies in the Gabon Special Economic Zone to help them process timber and make it ready for export.

Speaking during the signing ceremony, Afreximbank President Prof. Benedict Oramah said that the facility will indirectly support the Special Economic Zone to succeed as the first and largest industrial park in Gabon.

The facility aligned with Afreximbank’s mandate by supporting intra-African trade, and export development and industrialization, he said, noting that most of the processed exports coming out of the Special Economic Zone were directed at neighbouring African countries, ultimately strengthening regional economic integration.

“This collaboration opens the potential for our two institutions to strengthen our relationship and mutual cooperation in order to make significant contributions towards unlocking the full potentials of industrial parks and export processing zones and delivering the much-needed developmental impact on our continent,” said President Oramah.

Responding, Herman Nzoundo BigNoumba, CEO of CDC Gabon, said that the facility would reinforce Gabon’s capacity in wood processing by making it possible to achieve first and second level processing, thereby moving the country beyond merely being a logging nation.

It would also support the government’s policy aimed at changing the way wood was treated in the country, added Mr. BigNoumba.