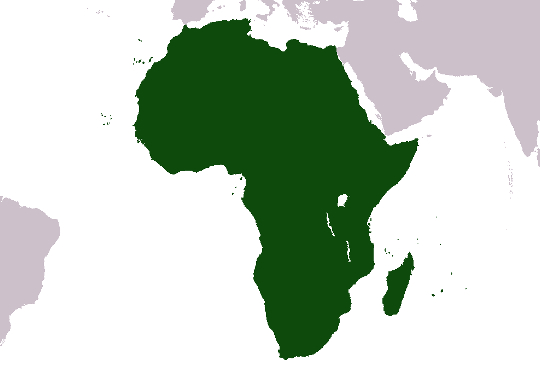 The Chief of Industrialisation and Infrastructure at the Economic Commission for Africa (ECA), Mr. Soteri has urged the African countries to sign the Luxembourg Protocol because railways are the key to open and free trade across Africa and their development is critical to the continent’s sustainable development agenda.

“Lack of integrated African rail networks is holding back African growth and intra-continental trade,” he said, adding moving passengers and freight onto high-speed rail networks was vital for environmental, social and economic reasons.

Doing this requires billions of dollars in investment infrastructure and rolling stock but States’ resources are limited.

“There is an urgent need for more rolling stock. It is clear that States cannot carry this burden alone and private entrepreneurs and private capital is needed to ensure the dream comes true,” said Mr. Soteri in his presentation titled The Luxembourg Rail Protocol: Railway Rolling Stock Financing – A new solution. for Africa.

The Luxembourg Protocol, which was adopted in 2007 but is still not in force, creates a new global legal regime for securing creditors, facilitating more and cheaper asset-based financing of railway equipment without state support.

Entry into force needs four ratifications and an international registry ready to begin operations. The European Union, Gabon, Luxembourg and Sweden are the only ones who have ratified to protocol so far. Italy, Germany, France, Mozambique, Switzerland and UK have signed but are yet to ratify. Finland and Malta have signaled that they would be signing shortly.

The protocol is expected to be in force in contracting states by late 2019.

“There are many benefits which include encouraging foreign investment in the railways; creating a key driver for a modal shift from road to rail with various environmental, social and economic advantages; opens up non-recourse private financing of existing fleets and it’s an important part of any PPP strategy,” he said.

“As such it will be a game changer and will help Africa achieve its economic potential. We need your help to make this tremendous tool a reality. Governments need to sign and then ratify the Luxembourg Rail Protocol and lead the way.”

Experts say the protocol will also encourage foreign inward investment and support non-discriminatory infrastructure use at a time when new rail projects and technology will require unprecedented investment in railway equipment in Africa.

The Rail Working Group, a not for profit global industry group based in Switzerland which formed in 1996, is championing the Luxembourg Rail Protocol.

“The Nepad Agency is leading the sub-core team on SAATM infrastructure and we are committed to working with the African Union Commission, the African Development Bank, the United Nations Economic Commission for Africa and other partners to reduce fares and costs of travel by 50 percent to achieve air traffic double-digit growth rates in Africa by 2023,” he said.