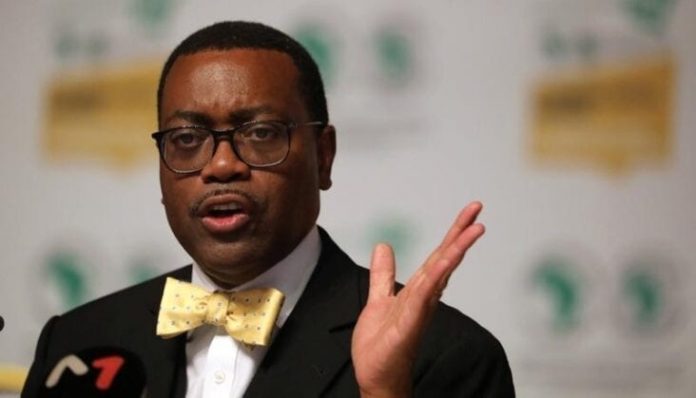 The African Development Bank, AfDB, has approved a $1.5 billion emergency food production facility for about 20 million farmers in Africa.

The fund is expected to help avoid a looming food crisis exacerbated by the war between Russia and Ukraine.

The AfDB made this announcement on Friday via its Twitter handle claiming the facility will rapidly produce 30 million metric tonnes of food as well as support about 20 million farmers.

The war between Ukraine and Russia has led to a rise in food prices, especially for commodities such as wheat, maize, soybeans and other grains which many African countries rely on for their staple food.

The AfDB President, Dr Akinwunmi Adesina commented that “food aid cannot feed Africa” and that “Africa needs seeds” suggesting that relying on aid to solve Africa’s food challenges is not sustainable. According to him, “there is no dignity in begging for food.”
Explaining how the Facility will be utilised, the bank statement read in part:

“The African Development Bank will provide fertilizer to smallholder farmers across Africa over the next four farming seasons, using its convening influence with major fertilizer manufacturers, loan guarantees, and other financial instruments.

“The Facility will also create a platform to advocate for critical policy reforms to solve the structural issues that impede farmers from receiving modern inputs. This includes strengthening national institutions overseeing input markets.

“The Facility has a structure for working with multilateral development partners. This will ensure rapid alignment and implementation, enhanced reach, and effective impact. It will increase technical preparedness and responsiveness.

“In addition, it includes short, medium, and long-term measures to address both the urgent food crisis and the long-term sustainability and resilience of Africa’s food systems.”