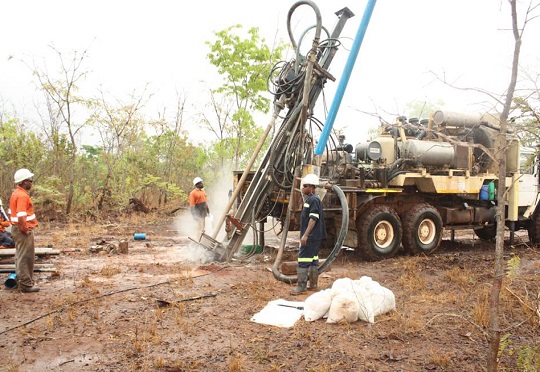 Exploration and development company African Gold Group intends to complete a best efforts non-brokered private placement financing of up to 20,000,000 units at a price of $0.05 per Unit for gross proceeds of up to $1,000,000.00.

Closing of the Offering is expected to occur on or about December 31, 2018. All securities issued in connection with the Offering will be subject to a statutory hold period of four-months and one day.

Completion of the Offering is subject to a number of conditions, including without limitation, receipt of TSX Venture Exchange approval. The Company intends to use the proceeds of the Offering to continue to develop its Kobada Project in Mali and for general corporate purposes.

As such, the Company will now focus on upgrading the existing inferred mineral resource to the indicated category, exploration and alternative metallurgical processes.

Mr. Cheatle has over 25 years of minerals industry experience as a professional geologist and mining executive, with former roles including President and CEO of Unigold Inc., and as the Executive Director of the Prospectors and Developers Association of Canada.

His career has spanned both major mining companies (Anglo American Corporation, Goldcorp) and the junior mining sector. He is also currently a Non-Executive Director of Condor Gold plc., a Director of the Canada – Africa Chamber of Business a director of QMX Gold Corporation and a director of Q-Gold Resources Ltd. He is a graduate of the Royal School of Mines, Imperial College, London and holds an MBA.

African Gold Group’s new Chief Executive Officer, Mr. Cheatle notes, “AGG is at a truly exciting juncture in its development of the Kobada Project, not only in the re-imagined goal of being a 100,000 ounces per year gold producer, but also one with the reality of significant exploration and regional potential to build a new mid-tier West African gold company. I look forward to working with our highly experienced Board of Directors and staff to advance the company and deliver value to our shareholders.”