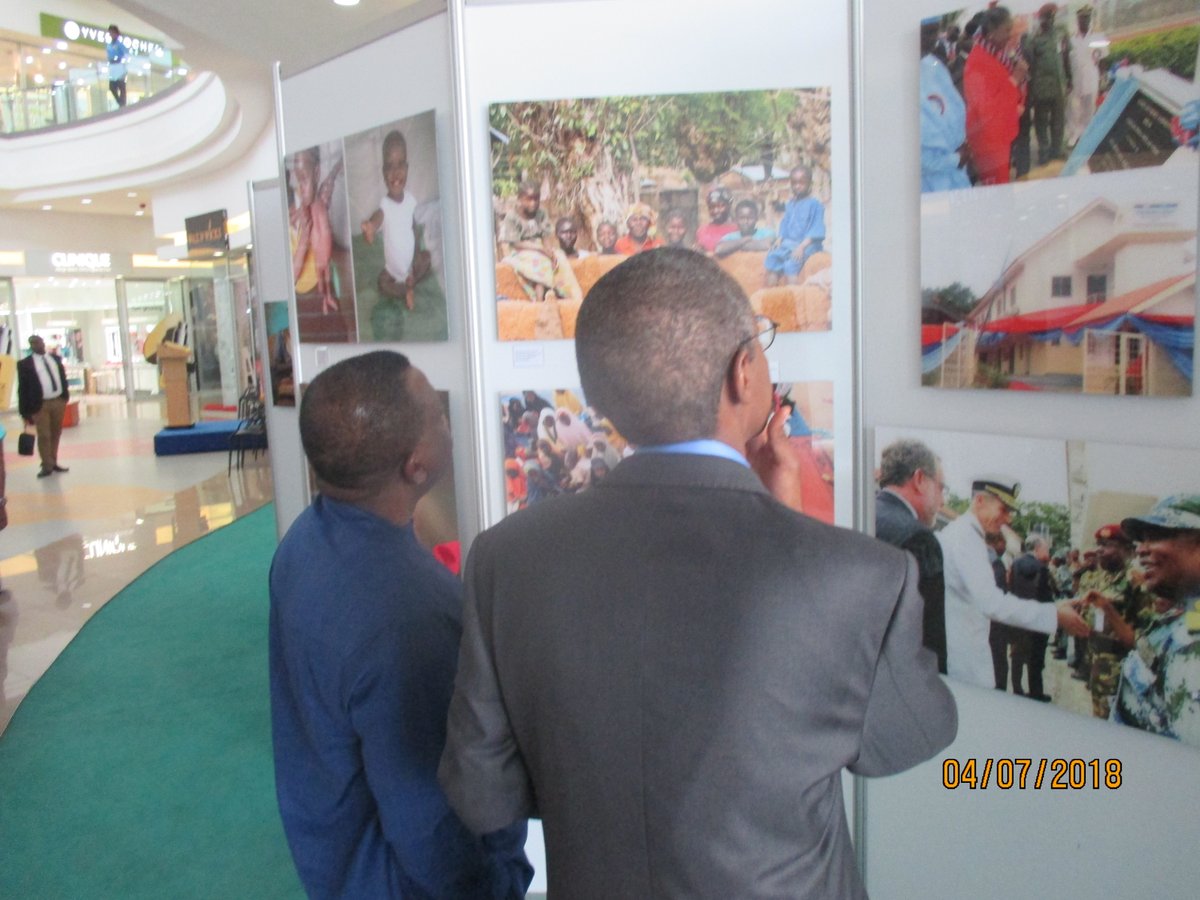 African Leadership Magazine celebrated with the President’s Emergency Plan For AIDS Relief (PEPFAR) on the 5th of July, 2018, as they marked 15 years of milestone achievements in Nigeria. The theme for the anniversary is “Standing together, Saving Lives, Improving Communities.”

To commemorate PEPFAR’s 15th anniversary, a photographic exhibition was held at the Jabi Lake Mall, Abuja, showcasing pictures of the life-changing journey of PEPFAR in Nigeria which represents the effort of the organisation as it reaches the corners of several communities with HIV testing, prevention messages, support and counselling. The numerous photos displayed attest to the indelible mark PEPFAR has made in the life of several Nigerian citizens living with HIV/AIDS.

Dr Sani Aliyu, Director-General, National Agency for the Control of AIDS (NACA), gave a goodwill message at the event and also thanked Nigerians for embracing the treatment provided by the organisation.

“Twenty years ago in this country, what we had was darkness, people living with HIV could not really see the light, if you have HIV it was basically a death sentence. PEPFAR has brought hope, and light to that darkness. PEPFAR epitomizes our humanity. If you look at our statistics in the country, there is a particular graph that shows that without HIV programme we would have lost at least 1.5 million Nigerians and have at least more five million Nigerians infected than what we have now. The fulcrum of the HIV response in Nigeria is PEPFAR, it looks after thousands of people with the sickness; they are doing that willingly as a country. They are doing that without us begging you, we are extremely grateful, we know that what you have done we cannot really pay back. On behalf of the people I am representing, I’ll like to say thank you,” he said.

Also present at the event was the Director-General, Health Implementation programme, Ministry of Defence, Brigadier-General Nurudeen Hussein. He stated that there has been an improvement in the infrastructure and the laboratory upgrade in the military healthcare delivery because of PEPFAR’s input.

“Far back in 2011, after our engagement in ECOMOG operations, we realized that the prevalence of HIV among us was quite high. PEPFAR came in and saved the Nigerian military by providing care to all the personnel,” he said.

Also in attendance was the Nigerian Minister of Health, Professor Isaac Adewole who described PEPFAR as the game changer that transformed the HIV story in Nigeria, thereby giving its citizens an opportunity to celebrate the victory of science over disease and death.

“We want to thank the U.S. government for putting down the money through PEPFAR to fight against the scourge in the country. This is the victory of science over disease, over death and sickness it shows what human being can do. We want you to convey our appreciation to the U.S government. On behalf of the millions of people who survived, we say thank you.”

The United States Charge d’Affaires, Mr David Young, gave the final remarks at the exhibition, He emphasized that the partnership formed with the Nigerian government has brought hope to Nigerians living with HIV/AIDS. He also said the photo exhibition aims to highlight the achievements of PEPFAR over the years.

“Since 2003 the PEPFAR has transformed lives through access to life saving HIV prevention treatment services. American people have kept this commitment over the past 15 years. Today our global commitments stand at 72.7 billion dollars, combating what has been described as the worst human scourge in history. In Nigeria we have committed more than five billion dollars to the fight against HIV/AIDS since the inception of PEPFAR. By pushing ahead together, we can control an epidemic for which there is no vaccine or cure. We are closer than we have ever been before. The fight against HIV/ AIDS is a joint campaign, we have worked together in partnership and we will continue with this in future. The effort that we have made in the fight is a triumphant effort, this is live-saving worth and live-saving efforts in the last 15 years. We have worked in partnership and we will continue to work in partnership. Thank you for your commitment and partnership with us,” he said.