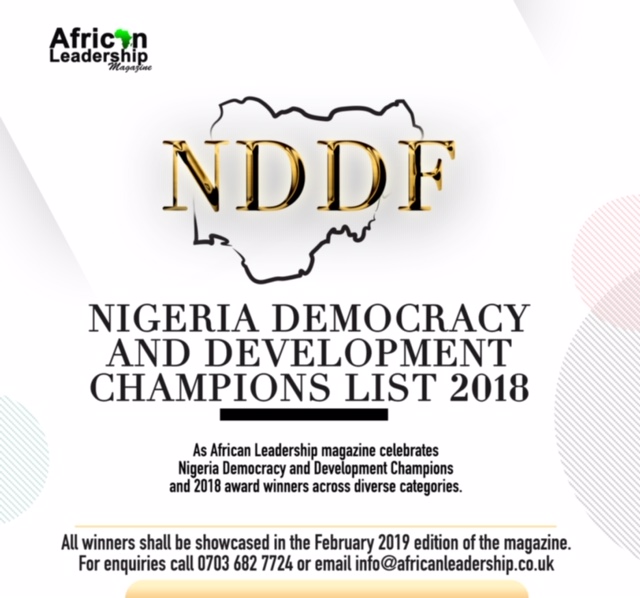 African Leadership Magazine UK has unveiled an exclusive list of Nigeria’s Democracy and Development Champions. The publisher, Dr. Ken Giami, who led other editorial board members in unveiling the list on the 21st January 2019, at the group’s Africa Head Office in Abuja, Nigeria, stated that, “while the global community celebrates Nigeria’s democratic journey, as well as her economic growth in the last two decades, very little have been said about the actors who are helping to shape the country’s story.” He maintained that the Nigerian Democracy & Development Champions list aims to celebrate Nigeria’s unsung champions of democracy and development.   The list includes:

Outstanding Parastatals of the Year 2018:

Business Leaders of the Year:

Company of the Year:
CCECC

Brand of the Year:
Airtel

Airline of the Year:
Air Peace

The list also includes a short list of top five leading actors across key sectors leading the charge towards promoting democracy and development. They include:

Nigeria has witnessed an exponential economic growth in the last two decades, which has seen her move to become the largest economy in the continent and the 27th largest in the world. It is no coincidence that these phenomenal achievements took place with the country’s return to democracy, highlighting the nexus between democracy and development. In 2019, Nigeria will mark the 20th anniversary of her return to democracy. This no doubt shows that democracy is a catalyst for economic growth and development.

As Nigeria prepares for yet another decisive rounds of elections in February and March 2019 – we call on all stakeholders to protect and defend her democracy as it is the purveyor of the kind of growth and development that can be felt by the everyday Nigerian. 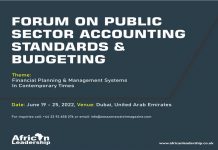