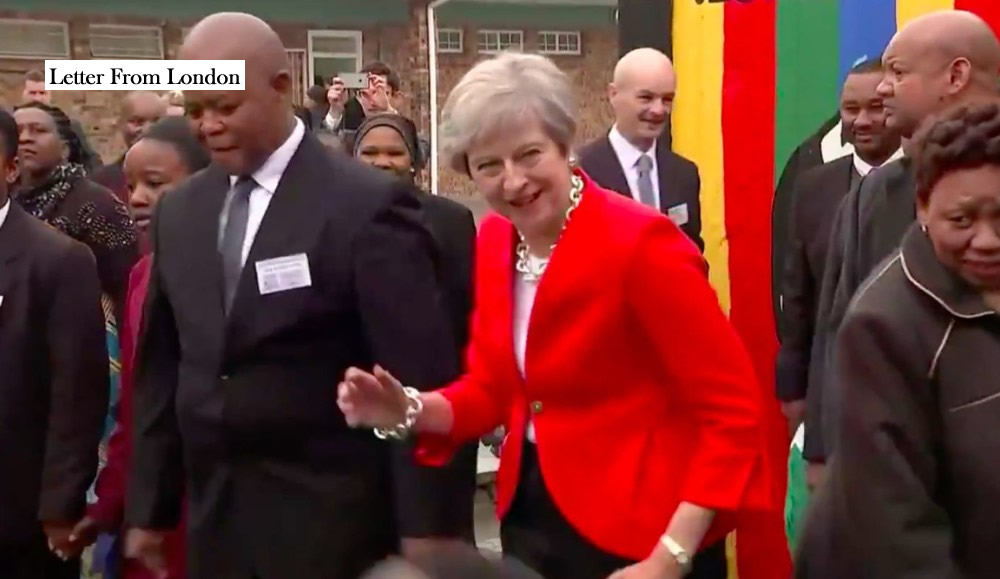 British prime minister, Theresa May, has been in Africa. Her visit began in South Africa then moved on to Nigeria and Kenya. Mrs May’s aim is to boost sales of British goods and services. By 2022, she wants to see the UK as the biggest single G7 trading partner with Africa. Her ambition is backed by a shift of emphasis towards the UK aid budget doing more to support African economic development and jobs.

Her visit marks the early stages of the reconfiguration of the UK’s global trading relationships. The British government’s strategy is partly about diversifying and deepening its post-Brexit global trading relationships. It is also about preparing for the possibility of a no deal Brexit. Quite simply, if no deal is achieved, at midnight on 29th March 2019, when the UK formally leaves the EU, all the legal structures the UK operated under as an EU member of 40 years will fall away and nothing will be there to replace them. It could bring massive disruption to the economies of the UK and much of Europe. My instinct is that the EU will find an accommodation that stops disaster and gives Mrs May a deal she can offer to her party and parliament. Success with either is far from certain.

Africa should take full and immediate advantage of this new post-colonial British love affair with the continent. I say hurry because the Brexit game has a great many twists in it yet. Nothing can be assumed. Be in no doubt, the UK government is deeply worried about potentially very grave damage to the national economy of a no deal Brexit. That makes Britain a supplicant at the African table. It needs deals. It needs friends. It needs to be seen to be succeeding on the global stage.

But be quick. Brexit is not a done deal yet. All summer, the political clouds have been gathering around Mrs May and Brexit.

Hard as it is to believe, the ruling Conservative party can’t agree its EU exit negotiating strategy. Two years have passed since the British voted to quit the EU. Many voters fell for the spin of Brexit leaders who said the whole thing would be easy and not to worry. The truth is, as the Leave side knew full well, dropping out of the EU is tremendously complex. Doing so without badly damaging the UK economy in the process almost impossible.

Warring Factions
Mrs May has been trying to find an accommodation that will suit the EU, satisfy business and protect jobs. A deal that keeps the markets from taking fright and stops capital flight to more stable lands. Oh, and of course there’s the small matter of getting parliament, where her majority on Brexit cannot be assured, to agree with the final deal brought back from Brussels. Then there’s the British voter. Voters in both camps – Leave and Remain – are staggered that the warring factions inside the Conservative party have made it so difficult to achieve a settled path to Brexit.

The prime minister strong-armed her cabinet into accepting a compromise strategy. Known as ‘The Chequers Agreement,” it is named after the official country residence of British prime ministers. Leave cabinet ministers reluctantly agreed to accept it as Britain’s official negotiating position. Chequers would closely align the UK to EU trade rules, regulatory standards and the jurisdiction of the European Court of Justice.

It was not long before the Chequers Agreement began to unravel, though it remains UK policy. First to resign from the cabinet was the Secretary of State for Exiting the EU, David Davis. Then the flamboyant, ruthlessly ambitious, Boris Johnson quit as Foreign Secretary. Johnson is now openly identified with the “no-surrender” group of Conservative MPs who go by the name of the ERG – the European Reform Group. Compromise is not a word in the ERG vocabulary. It wants out of the EU and as far away from its rules and institutions as possible.

To the ERG’s members the EU is the devil of devils. To them, the Chequers Agreement is a betrayal. They dream of a low tax, low regulation Britain, with the only the most basic of public services run by the state. They are ideological political fundamentalists, zealots of a kind once solely on the margins of British political life. They see their type of anti-immigration, socially conservative, staunchly flag-waving Toryism on the cusp of taking over the party and winning real power in the land.

A ”People’s vote”
Now we have open warfare. The ERG has written to all the chairs of Conservative constituency associations across the land to condemn Chequers. ERG spokespeople swamp the airwaves, write articles in newspapers and speak at public meetings far and wide. Soon, the ERG will publish an alternative Brexit strategy to Chequers. Remember, these people are members of the same party as the prime minister.

Mrs May is trapped. Disciplining ERG leaders would simply enrage the party’s loyal supporters and some of its biggest financial donors.  The ERG is not prepared to give an inch. Ideology is one reason for their commitment to leaving the EU far behind. The other is that they fear Brexit being snatched away from them, just as victory is in their grasp.

Parliament might reject what Mrs May brings back and demand she returns to Brussels and tries harder. Or parliament might be persuaded to pass legislation for a referendum seeking the peoples’ consent to accept the deal reached with the EU or reject it and stay in the EU. The idea of a “People’s vote” on the terms of the exit deal has been gaining momentum.

The Independent newspaper started a petition to parliament calling for a People’s vote and got over 600,000 signatures in a week. Opinion polls show growing public support for a People’s vote referendum. Mrs May has dismissed the idea, as has the leadership (or most of it) of the Labour party. But it may yet be the most sensible route to settling the matter of the UK’s place in Europe.

Crying out for leadership, direction and certainty
The Conservative party has failed to find a way forward. Labour is as split as the government. Parliament has shown itself neutered and rudderless. The country is fractious. Voters are angry, others fearful, most confused. Many just worried about the future.  Continuous political and economic uncertainty is not normal in Britain. The country is crying out for leadership, direction and certainty.

To add extra spice to all of this is the party conferences. Every year, in September and October, Britain’s biggest political parties hold their annual jamborees. This year, Labour will go first with its conference in Liverpool. A few days later it’s the Tories turn in Birmingham.

Labour’s Jeremy Corby is in for a tough time. Support for a People’s vote has been rising inside the Labour party. One respected polling organisation recently found 70% of Labour members in favour of it. Corbyn has other reasons to worry about the reception he will get at Liverpool, but Brexit will make it one of the most difficult conferences for this life-long Marxist and anti-EU socialist.

It is though Mrs May who faces the most daunting task.

At Birmingham, Mrs May will face the party faithful. Most of those are on the side of the ERG. The prime minister may find a more hostile party conference than any of her predecessors. She’ll be trying to sell them a deal most think a disaster. All around the bars and tearooms, at the fringe group meetings and drinks receptions, the ERG will be briefing against the prime minister.

Blow winds, and crack your cheeks! Rage! Blow!
The Tory party understands that despite his difficulties, Jeremy Corbyn is only a few points behind in the polls. He is the most Left wing leader in Labour’s 100 years of history. Conservative fear of a Corbyn government could yet see Mrs May get through her party conference, reach a deal with the EU and bring back to parliament a package that a tired country is willing to accept.

If Mrs May is deposed by her ERG enemies before a deal is struck with the EU Britain will face a constitutional crisis. All of the opposition parties will demand a general election. A new leader of the Tory party will, like Mrs May, have no majority in parliament. Nor will they have been tested as a potential national leader in the febrile rough and tumble of a general election. A new Tory prime minister elected only by his or her party members will have precious little political legitimacy with the British public. They won’t carry into negotiations with the EU the seal of approval from British voters that only a general election victory confers. They will, to quote from a long-dead British politician, “Go naked into the conference chamber.”

This autumn and winter will be the most difficult time the British state has faced since the Second World War. In the 80 years since that conflict began the UK has lost its Empire, nationalised then privatised the commanding heights of its economy, witnessed the zenith then the nadir of trades union power, fought a civil war on the streets of Northern Ireland (and found a fragile peace there), seen Scotland come close to recovering its independence and ending the United Kingdom and, of course, joined the European Economic Community, which later became the EU.

As an EU member state Britain seemed to have answered US Secretary of State, Dean Acheson’s famous remark of over 50 years ago, that “Britain had lost an empire, but had not yet found a role.” Inside the EU the UK appeared to have adjusted to the loss of empire and to no longer being a world power. It opted for the status of a European power, though still with global military, economic and diplomatic reach. Not a power of the first rank, but a formidable friend or formidable enemy. Where Britain goes now, what role it has in the world is currently an unanswerable question. Before the answer is known, difficult times are likely. As Shakespeare’s King Lear says,

“Blow, winds, and crack your cheeks! rage! blow!
Your cataracts and hurricanes, spout.”