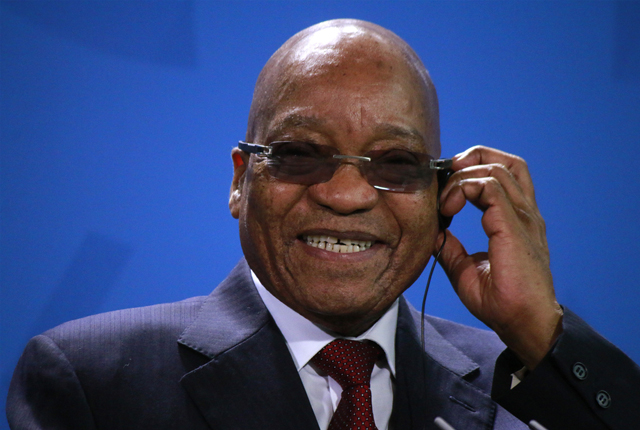 South Africa’s President Jacob Zuma, has said that Africa needs the zeal and energy which the continents youth comes with, but there is the need to match zeal with adequate skills capable of dealing with rapid technological change.

He stated this while speaking at the 27th World Economic Forum on Africa which held recently at Durban, South Africa.

Africa’s youth are impatient for change and have been very clear in calling for leaders to address exclusion, poverty and unemployment, said South Africa’s President Jacob Zuma, addressing the 27th World Economic Forum on Africa. “For us to move forward,” said Zuma, “we need that energy, we need that imagination” which young people bring.

However, to meet the challenges of the Fourth Industrial Revolution will require skills as well as energy. Zuma acknowledged that Africa has many young people who possess qualifications but are not easily employable. They lack the “scarce” skills needed to deal with rapid technological change. Given slow global growth, unemployment among young people looms as an enormous issue. As a result, “education is project number one in our country,” said Zuma, but government needs business, unions and civil society to help create bridges for young people to enter the job market.

Zuma spoke of driving a radical economic transformation to take African economies on the path to inclusive growth. “As leaders, we have not addressed adequately how we are going to close the gap between the rich and the poor,” admitted the president. Intra-Africa trade and regional integration are a high priority. Investing in infrastructure, remains top of the agenda; to ease the movement of goods, people and service across Africa. Work to “soften” borders between countries – often imposed by outsiders looking to divide and rule – will further boost integration. Africa needs to diversify its economies, as revealed by the recent slump in commodity prices. The Southern Africa region has identified labour-intensive manufacturing as a key priority, as well as a greater focus on developing agriculture and the “ocean economy”.

To succeed will require mobilizing sufficient financing. Africa must develop local capital markets and raise domestic resources through more-effective taxation. More important, however, is “to arrest illicit financial flows,” said Zuma, who added: “Billions are taken out of Africa each year and this is money that should be used to fund our development.” The president called on global decision-makers assist Africa in fighting money laundering, tax evasion and other economic crimes.

Klaus Schwab, Founder and Executive Chairman of the World Economic Forum, identified the crisis of leadership as a common theme across the world. He called on Africa’s older generation of leaders to act as role models for the younger generation. Schwab quoted the three key values of a leader shared with him by Nelson Mandela: to respect human dignity and diversity, to serve the community you belong to and not your self-interest, and to act as a trustee for future generations.

The 2017 World Economic Forum on Africa had as its theme “Achieving Inclusive Growth through Responsive and Responsible Leadership”.

The meeting convened regional and global leaders from business, government and civil society to explore solutions to create economic opportunities for all. It also provided insight from leading experts on how Africa will be affected by the onset of the Fourth Industrial Revolution, particularly in terms of safeguarding the region’s economies from negative disruption and exploiting opportunities for further growth and development.