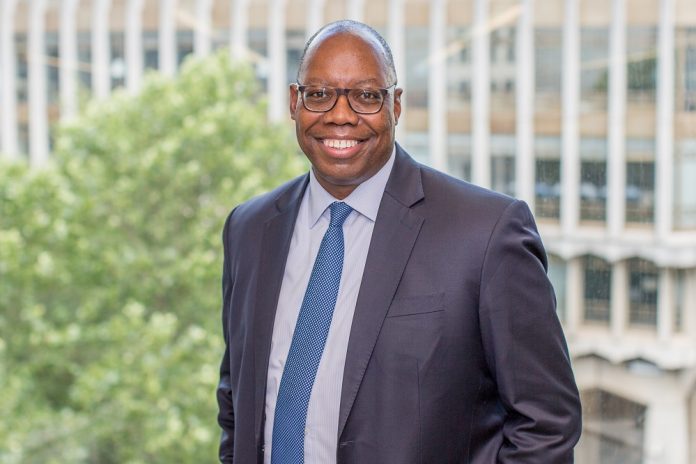 The economic benefits of the African Continental Free-Trade Agreement (AfCFTA), which is set to come into effect in July, will be substantial if non-tariff trade barriers are dismantled and member states align themselves towards common goals and philosophies.

Signed in Rwanda in early 2018, the highly anticipated AfCFTA initiative establishes a single continental market that will allow for the free movement of businesspeople, goods and investments. It covers all 54 member states of the African Union – a market of 1.2-billion people with a combined gross domestic product (GDP) of about $2.5 trillion.

Victor Williams, Head of Corporate and Investment Banking for Africa Regions at Standard Bank Group, writes that the agreement will make the pie bigger and bolster economic growth in the continent.

The economic benefits of the African Continental Free-Trade Agreement (AfCFTA), which is set to come into effect in July, will be substantial if non-tariff trade barriers are dismantled and member states align themselves towards common goals and philosophies.

Signed in Rwanda in early 2018, the highly anticipated AfCFTA initiative establishes a single continental market that will allow for the free movement of businesspeople, goods and investments. It covers all 54 member states of the African Union – a market of 1.2-billion people with a combined gross domestic product (GDP) of about $2.5 trillion.

The agreement initially requires member states to remove tariffs from 90% of goods. This will boost intra-African trade, which remains exceptionally low at less than 20% of total trade. That compares to 59% and 69% of intra-regional trade in Asia and Europe respectively, according to Brookings Institution.

While there naturally will be some substitution of offshore goods as African states trade more amongst themselves, AfCFTA will certainly lift the continent’s overall trade base – in other words, the pie will get bigger and this will bolster economic growth.

But tariff reductions alone will not yield substantial results, considering that countries in the same regional trade blocs – the Southern African Development Community and the Common Market for Eastern and Southern Africa, among others – already trade with low tariffs. That said, there is scope for meaningful tariff reductions between the continent’s different trade blocs.

The bigger opportunity is the reduction of non-tariff barriers. This refers to regulatory and tax discrepancies between member states, customs inefficiencies, inadequate road and rail infrastructure, and high air-freight costs, among other trade impediments. Efforts to address these barriers would go a long way towards making AfCFTA a success.

There also needs to be alignment on economic and political philosophies between African governments, and consensus on what AfCFTA aims to achieve. East African countries, for instance, are aligned that trade integration is beneficial to the region’s economy, with the result being that intra-regional trade is higher than in other parts of the continent.

Ideological harmony will be no easy feat in the midst of the global retreat from free trade, which has been sparked by concerns that it gives rise to both winners and losers.

If steps are not taken to mitigate the negative impacts of free trade on certain African industries and countries, this issue could hamper the implementation of AfCFTA.

Ultimately, the countries that embrace AfCFTA, and the underlying principle of free trade, will see more immediate benefits from the initiative than those that do not.

To prepare for trade bloc’s imminent implementation, development finance institutions are working on mechanisms aimed at facilitating trade in local currencies, rather than hard currencies such as the US dollar. This is a positive step and would be an enabler of trade across the continent. As Africa’s largest bank by assets, Standard Bank will consider how it can participate. The group is also ramping up its trade capabilities in anticipation of higher levels of trade in the coming years.

Similarly, plans afoot in West Africa to adopt a single currency – the eco – is also a welcome development. Currently, eight countries in the region use the euro-pegged CFA franc, while seven have their own currencies.

The United Nations Conference on Trade and Development (UNCTAD) says cutting intra-African tariffs could bring $3.6 billion in welfare gains to the continent by boosting production and providing cheaper goods.

The UNCTAD also predicts that AfCFTA alone will boost the value of intra-African trade by between 15% and 25% by 2040, and says the gains will be significantly higher if the trade bloc is implemented alongside other trade facilitation measures.

Meanwhile, AfCFTA also has the potential to stimulate foreign direct investment into Africa. The continent’s integration will open up opportunities for companies in consumer-facing industries – such as retail, telecommunications and banking – for instance, and for those in infrastructure-related industries, resource-related sectors, and across the agricultural value chain.

This could spur the development of African manufacturing hubs that service local and regional markets – a compelling proposition for both local and foreign investors.

AfCFTA’s implementation comes at a good time for the continent, whose economic growth rate is on an upward trajectory despite muted growth in powerhouses South Africa and Nigeria. The International Monetary Fund (IMF) expects GDP growth in Sub-Saharan Africa of 3.6% in 2020 and 4.2% by 2024. Growth will be above 5% in many African states over the medium term, the IMF says.

These impressive growth rates could be raised further if the right policies and interventions are made to support the roll-out of AfCFTA.