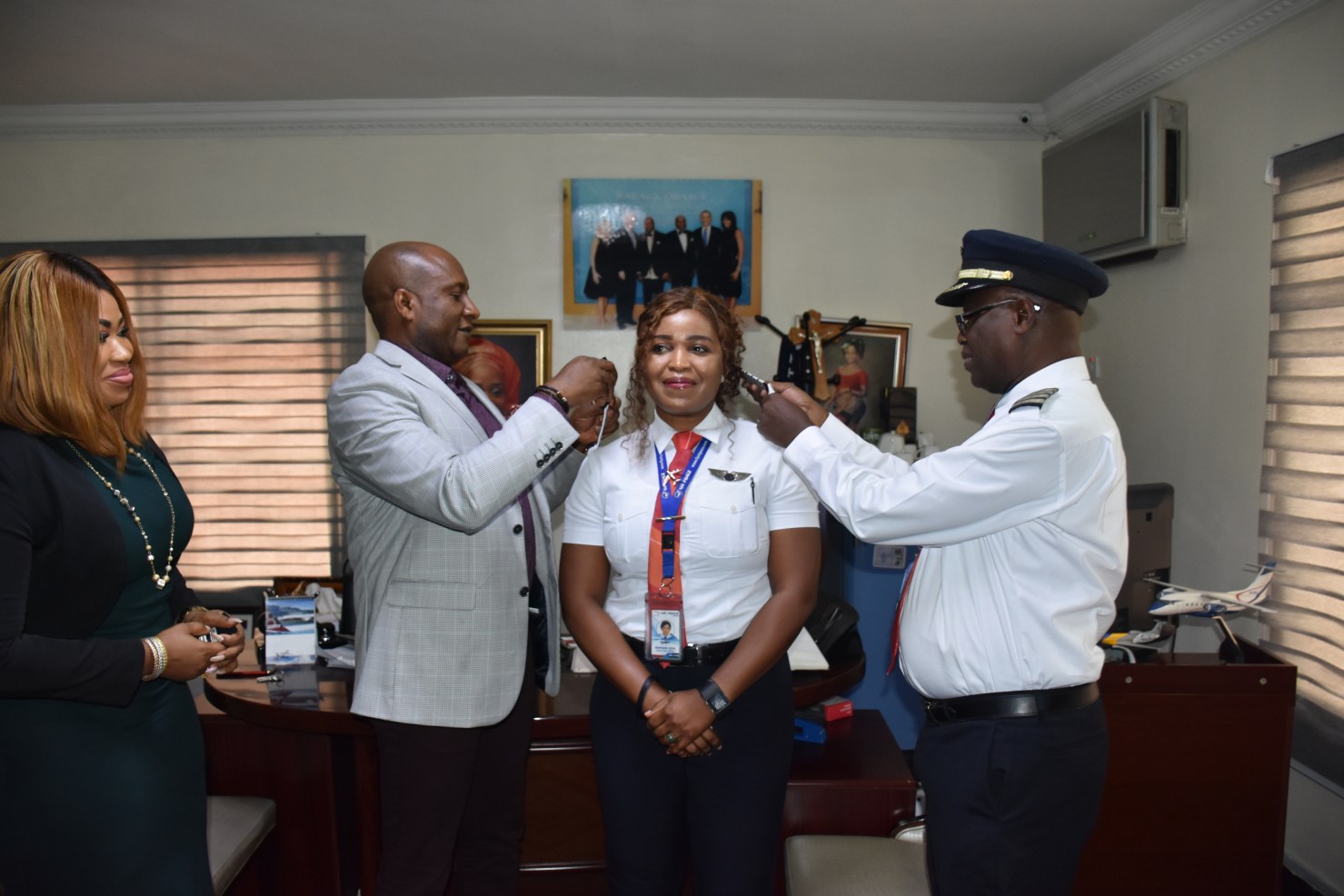 The was announced shortly after Air Peace gave command to Simisola, who has made history as the airline’s first female captain and was decorated with her new rank by the Chairman/Chief Executive Officer, Mr. Allen Onyema on the 25th of June, 2018.

“Captain Simisola’s achievement is a testament to Air Peace’s avowed commitment to gender equality and promotion of Nigerian women in aviation as possessing the requisite skills to distinguish themselves anywhere across the globe in their chosen career. Simisola’s elevation is a great milestone in our effort to grow capacity for women in the cockpit,” stated Mr. Chris Iwarah, Air Peace Corporate Communications Manager.