Corruption can generally be defined as dishonest or illegal behavior, especially of people in positions of authority. It is, perhaps, one of the most commonly used terms in Nigeria and the major reason the country is today known as the poverty capital of the world. At the risk of churning out an unnecessarily lengthy article, I will have to cover the topic in a long and nitty-gritty appraisal of corruption and anti-corruption in the Nigerian society.

Corruption is almost always the cause of a society’s stunted growth and eventual collapse. It is no surprise that four out of the five most corrupt countries in the world faced violent conflict in recent years, which Transparency International suggests is related to corruption. This is so because corruption fuels and perpetuates the inequalities and discontent that lead to fragility, violent extremism, and conflict. According to Transparency International, 79 percent of the 7.6 billion people in the world live in countries with corrupt governments, with most countries scoring less than 50 in the Corruption Perception Index. Ironically, despite her reputation, Nigeria isn’t one of the top 10 most corrupt countries in the world, but the country has been synonymized with corruption as a result of how much the act has pervaded the everyday structure of Nigerian society. Despite Nigeria’s miraculous absence in the top-10 list, the country has not been spared her fair share of conflict, poverty and societal rot.

For far too long, Nigeria has been under the gripping claws of corruption and, consequently, the prevailing political situation in the country has boiled over and reached a point at which Nigerians have all but lost hope in the country’s political leadership. No greater act of corruption has been perpetrated against the Nigerian state than that which has seen the country debased and devalued by political leaders who were trusted and empowered by the people. The Nigerian people have a penchant for falling for the eye-service approach of anti-corruption employed by our political leaders, while they - politicians and public office holders - continue to plunder the country with reckless abandon. Contrary to popular belief, Nigeria’s resilience in the face of everything being thrown at it is not inexhaustible. At our current trajectory, and not especially brilliant, the Nigerian people will continue tolerating this eye-service approach, thereby enduring the fallout of corruption until our nation collapses under its weight.

It is commonplace for the average Nigerian like me   to engage in finger-pointing and ascribe the corruption menace to the greed of public office-holders. Although this is not entirely unfounded, it is also important for each of us to look in the mirror, in considering the matter; it would surprise us to see a large chunk of the problem staring back at us. It, after all, takes two to tango. It is safe to say that all Nigerians living in Nigeria are, in one way or another, either outrightly corrupt or complicit in encouraging its prevalence. It is commonplace to expect petty corruption in the streets, our workplaces and government institutions. It is almost impossible to live, work and conduct business in the country without engaging in or turning a blind eye to corrupt practices. In the government agencies, you are expected to “sort” someone out before being rendered any form of service. In the schools, parents make financial “contributions” to the schools in exchange for admission or more favorable treatment of their wards. The students themselves engage in exam malpractice; as a result, our educational system continually churns out unemployable graduates who, in order to become gainfully employed, have to “sort” someone out. As can be seen, the very foundation of our country is laid on an unending cycle of corruption. It is essential to the survival of the average Nigerian.

Nigerians do not generally lack the propriety of citizens in other corruption-free countries, neither are we ignorant of the fact that things could be better. We are this way because we have few options, and for many people, corruption is simply a means to an end - survival. With limited options and nothing to serve as a deterrent, we will naturally always choose the corrupt way, as it benefits us more. I believe it is groundless to expect the average Nigerian - faced with the difficulties of being a Nigerian - to obey the law in this regard, no matter how good it might seem, at the expense of their survival.

Grand corruption has had an adverse effect on the country’s well-being and is found at the highest levels of governments that lack adequate policing of corruption. Graft - as it is commonly called - is defined by the Cambridge dictionary as the obtaining of money or advantage through the dishonest use of power and influence (especially in politics). As a result of her chronically weak institutions, Nigeria suffers from systemic corruption that allows acts such as inflated contract costs, abuse of security votes, bribery, embezzlement, impunity and the government’s recalcitrance to prosecute certain corrupt persons.

In Nigeria, political corruption goes largely unchecked as a result of past successive governments’ lack of political will to combat graft. This is not completely unrelated to the fact that the political parties and elections that brought most political office holders into power were funded by proceeds of corruption. Corruption cases like the GandujeGate, IkoyiGate, GrassGate, among others, are exemplars of typical Nigerian corruption cases. The accused individuals in these cases consider themselves above the law because, despite incontrovertible evidence alluding to the guilt of these individuals, the cases are yet to see diligent investigations, prosecutions and convictions. After all, Babachir Lawal, the former Secretary to the Government of the Federation who was accused of sharp practices in expending the funds meant to alleviate the sufferings of persons displaced by the Boko Haram insurgency, in response to State House correspondents who had enquired about his reported suspension from office, retorted “Who will dare take such a decision behind my back? I am the Presidency and I have just held a meeting with the VP. You reporters don’t know anything. You are telling the Presidency that the Presidency has suspended him from office?” His attitude to the suspension is typical of the average Nigerian politician who with all the powers and influence in his custody believes that he reigns supreme over all, constitution and law inclusive.

Hypocrisy is the audacity to preach integrity from a den of corruption. - Wes Fesler

Upon assumption of office, in 2015, the government of President Muhammadu Buhari “hit the ground running” with its anti-corruption agenda, in tandem with their campaign promises to Nigerians. At the time, it was no doubt cheering news to Nigerians that the new Buhari government had launched a renewed campaign against corruption. Four years down the line, at the dawn of its second tenure in office and despite many gyrations, the Buhari administration is yet to record substantial success in its fight against corruption. This hardly comes as a surprise, after all, times flies when your president spends almost 500 of his 1,477 days in office, flying around the world at the expense of good governance. The legislature must not be spared its share of the blame; over the past four years, lawmakers have busied themselves with fighting the executive arm of government and making and jettisoning laws.

The extent to which corruption has pervaded the Nigerian system is limitless and it would be an injudicious use of time to analyze them all. What government and the citizens must focus on at this point is the proffering of solutions. One of the solutions the Buhari administration has come up with is the Whistleblower Policy which promises pecuniary benefits to individuals who volunteer information that leads to the seizure of assets from corrupt persons. This policy has yielded little success, primarily because it does not guarantee immunity to persons with privileged information and the government has done little to ensure the security and safety of whistleblowers.

One does not fight corruption by fighting corruption. - Daniel Kaufman

Although corruption is now deeply rooted in our society, eradicating it is not an impossible task. The fight against corruption requires a combination of political will and the commitment of citizens to act as whistleblowers while holding the government accountable. In order to mitigate the pernicious effects of corruption in Nigeria, we must do the following:

The above will not be possible without the legislature playing its role. The legislature must pass and implement legislation such as the Proceeds of Crime Bill and the Whistle Blower Protection Act which would ensure that whistleblowers are protected from dismissals, suspensions, harassment, discrimination and intimidation.

In addition to the above, to really make any progress in our effort to significantly mitigate corruption, we must focus on providing Nigerians with a sustainable alternative to corruption. As long as people remain hungry, they will always make the choice that guarantees their survival. A more prudent use of the resources currently being expended in political witch-hunts would be to focus them on laying the infrastructural groundwork for new markets that would boost the economy, create more jobs, and give Nigerians the opportunity to make progress and make a living for themselves and their family.

If we elect the same corrupt politicians every time, that’s a very clear message that we don’t want a change.  –  Sukant Ratnakar 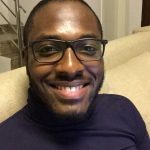 David Adekwu is an architect, entrepreneur and occasional writer. You can find David on Twitter here: @DavidAkondu.