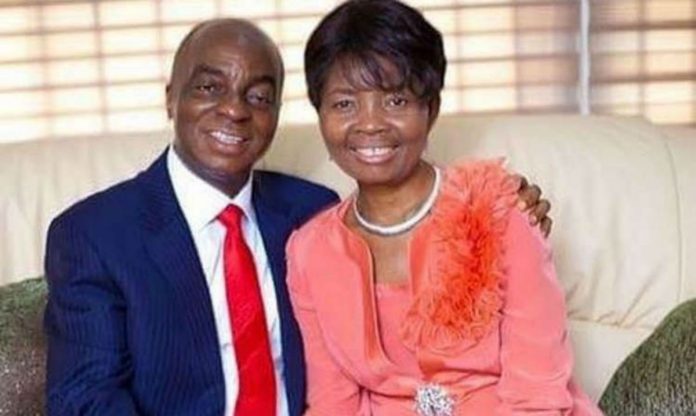 The Winner-Man, Bishop David Oyedepo, otherwise known as Papa by his teeming followers and admirers, is a no-nonsense fire-brand Preacher, Teacher and Faith entrepreneur of the highest order. A stickler for excellence, this Christian Professional (Architect) is doubtless one of a kind! He has managed to form a perfect blend of discipline, spirituality, visionary leadership and entrepreneurship.  Bishop Oyedepo Although his galaxy of achievements is up there for all to see, many still find it difficult to comprehend how an individual could consistently maintain such a flawless trajectory in life and still have enough smiles to spare.

Papa officially became born again in 1969 at the age of 15. As an Architect, he had a stint with the Federal Ministry of Housing before resigning into full-time ministry. Papa would later receive a PhD in Human Development from the Honolulu University, Hawaii, USA. His major break in life came through in an 18-hour vision from God in May 1981, with the mandate to liberate the world from all manner of oppression of the devil through the preaching of the word of faith. The vision led him to establish the Living Faith Church Worldwide, initially called Liberation Faith Hour Ministries. The Living Faith Church (Winners Chapel International) started in Kaduna and later moved to Lagos and then to the present headquarters at Canaan Land, Ota. The land area here which was virtually a virgin land covering over 10,000 acres is an example of a well-planned urban development, including a university, a mega housing estate, a mega power plant, a megachurch auditorium and everything you will expect from a well-organized government. The fifty-thousand-capacity auditorium presently runs about four services every Sunday, each always filled to capacity.

As the whole world celebrates Bishop David Oyedepo @ 65, we join others to wish him many more fulfilling years ahead. It’s our fervent prayer that God Almighty blesses this Nation with more entrepreneurial champions of Papa’s ilk.