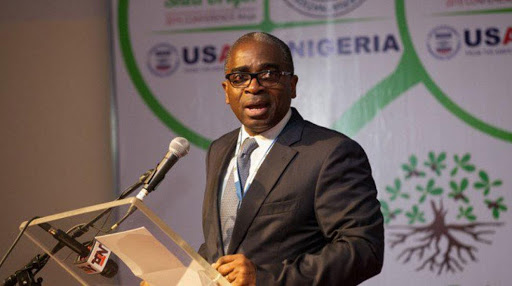 Nigeria plans to float an export trading company as a major intermediary in its efforts to boost non-oil exports and support the economic diversification agenda of the government.

He said President Muhammadu Buhari had been investing in the economy despite earning less from oil, citing the N350 billion released to pay exporters’ backlog through promissory notes and the recent release of N50 billion to the NEPC to cushion the effects of the coronavirus pandemic on export businesses, among others.

Awolowo spoke in Abuja when Niger State Governor, Alhaji Abubakar Sani Bello visited him to discuss collaboration on the export expansion facility grant released by Buhari and other export-related deliberations.

He has said Niger State is playing a significant role in realizing the Federal Government’s plan of diversification from its traditional reliance on oil as the sustainer of the economy.

Commending Bello for transforming the state, he submitted that it is important not just because of its proximity to the Federal Capital Territory (FCT), but because it boasts of many products like shea nuts, soybeans, ginger, cashew, and rice, which form the basis of diversification.

Bello lamented that the government has failed to bring together farmers and the people and that they were yet to feel the benefits of the government’s interventions because the majority of them were still using old equipment and agricultural tools which affects their productivity.

He however added that his state is willing to embrace the zero oil plan of the NEPC and sought support from the Council to support farmers in his state by providing them with seedlings and modern equipment while also designing a way to be the off-taker of their produce for exports and local purchases too.

Bello expressed optimism that with a strong, sustainable system and partnership with NEPC, farmers would compete internationally, boost export and increase the Gross Domestic Products (GDP) of the state.