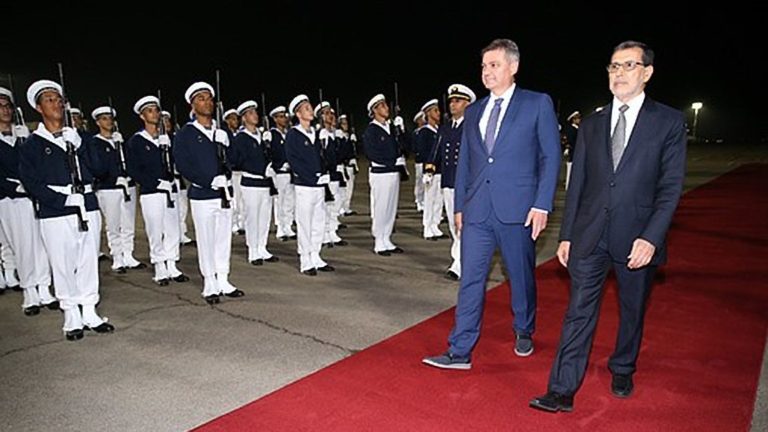 The chairman, Denis Zvizdic, arrived on Sunday evening at Mohamed V Airport in Casablanca for a four-day visit to the country.

Accompanied by a delegation of businessmen, the chairman was received by Head of Government Saad Eddine El Othmani; Minister of General Affairs and Governance Lahcen Daoudi; and the governor of the province of Nouaceur, Hassan Zitouni.

El Othmani noted in a statement that while Bosnia and Herzegovina and Morocco enjoy “excellent” political ties, they still need to grow their economic relations.

El Othmani said that the visit primarily aims to reinforce economic cooperation, announcing that the Bosnian business delegation will hold talks with Moroccan companies to deepen trade between the two countries.

Within the framework of the visit, Zvizdic will attend a working meeting on Tuesday at the General Confederation of Moroccan Enterprises (CGEM) in Casablanca.

Moroccan-Bosnian relations have been strengthening, reflected in the judicial, economic, and commercial agreements, and the mutual visa exemption for holders of diplomatic, service, or special passports agreed on in 2016.Morocco continues to attract international investment.

Quantum Global Research Lab recognized Morocco as a top-tier destination for economic investment on the African continent in 2017, in sectors such as information and communication technology (ICT), energy, infrastructure, and tourism.