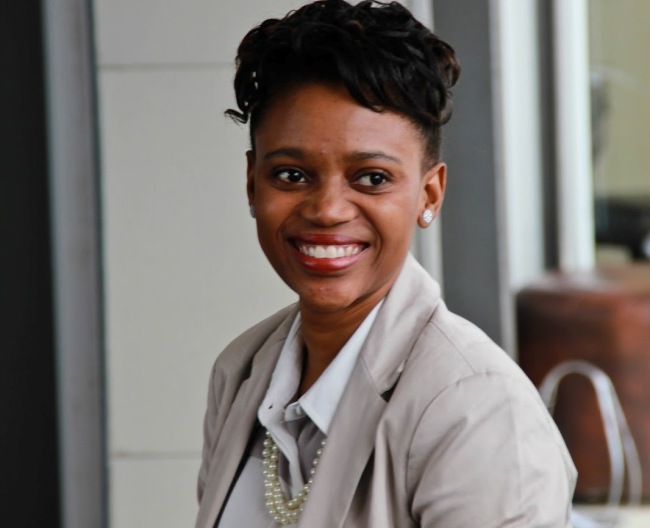 The newly elected president of Botswana, President Mokgweetsi Masisi is on a different path in achieving a successful governance in his tenure, having elected a young female minister into his cabinet as the head of the Investment, Trade and Industry Ministry alongside two new ministers for tertiary education, research, science and technology, Mr Ngaka Ngaka and basic education, Mr Bagalatia Arone.

The newly appointed 30-year-old Minister Bogolo Joy Kenewendo has being receiving lots of commendations from many Africans on social media since her appointment.

Her appointment is a confirmation to the President’s promise, who has pledged to “invest in the country’s youth and create job opportunities for them.”

Prior to her appointment as Minister, she has worked as Trade Economist in the Ministry of Trade and Industry in Ghana, where she once lived.

She has also served in other platforms including as Botswana youth delegates to the 64th session of the United Nations General Assembly, where she was assigned the responsibility of presenting a statement of African Youth to the Secretary General of the United Nations.

Having been appointed as member of parliament by the Ex-president of Botswana, Ian Khama, her appoint as a Minister is considered by many Africans as an uncommon progress that should be replicated all over the continent.