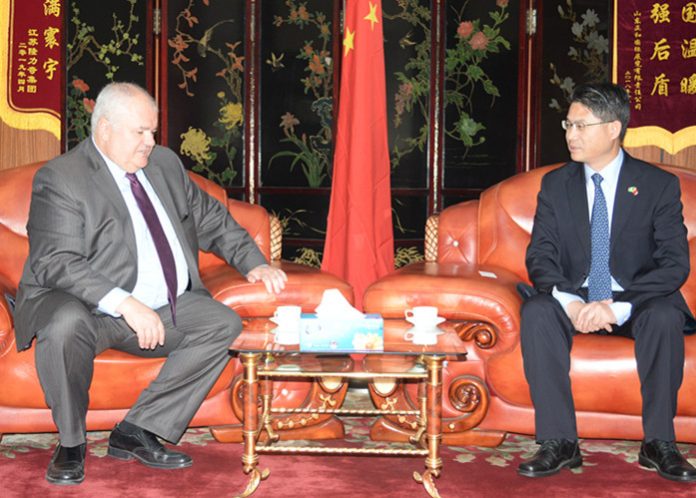 Chinese President H.E. Xi Jinping attended the 11th BRICS summit that was held on November 13th and 14th in Brazilian capital Brasilia at the invitation of his Brazilian counterpart Jair Messias Bolsonaro.

At the summit themed “Economic Growth for an Innovative Future” which was held at a time when crucial developments are taking place in the world economy and international landscape, President Xi and his counterparts of the BRICS members made a collective voice to safeguard multilateralism and support free trade, and offer more solutions to advance BRICS pragmatic cooperation, cope with global challenges, and promote world peace and common development.

The summit turns out to be a complete success. The leaders of the BRICS countries exchanged views on BRICS cooperation and other major international issues of mutual interest, reaching broad consensus and positive outcomes. To summarize, this summit sent out four clear and positive messages of significance to global peace and development.

First, support to multilateralism. International issues must be addressed by all stakeholders through consultation, not by one or a few countries alone. This is what multilateralism is all about. During this summit, parties undertake to demonstrate BRICS countries’ sense of responsibility, take a lead in championing and practicing multilateralism, uphold the UN-centered international system, increase the representation and say of emerging markets and developing countries in global governance, and be pacesetters in reforming global governance system and making the international order more equitable and reasonable.

Second, opposition to protectionism. Parties reiterated that they will uphold the WTO-centered multilateral trading regime and maintain a fair, just and non-discriminatory business environment and call on all WTO members to refrain from taking unilateral and protectionist measures. All parties are committed to making development a core priority in global macro policy framework, to helping developing countries to better integrate into the global value chain and industrial chain, and to building an open world economy.

Fourth, greater solidarity and cooperation within BRICS. All parties demonstrated their resolve to seek common development through joint efforts, reiterated their readiness to build on the BRICS spirit of openness, inclusiveness and win-win cooperation, enhance the five countries’ traditional bonds of friendship, strengthen BRICS cooperation mechanisms, deepen cooperation in the three pillar areas, namely economic, trade and financial cooperation, political and security cooperation, and people-to-people exchange, and work for new progress in the BRICS Partnership on New Industrial Revolution and boost the quality economic development of BRICS countries.

This summit adds stability to the international landscape at a critical juncture, points the way forward for the international system undergoing profound transformation, injects positive energy into the concerned international community and provides new impetus to deepening practical BRICS cooperation. We hope BRICS countries will join hands and embark on a second “Golden Decade”, making greater contributions to world peace and development and to building a community with a shared future for mankind.