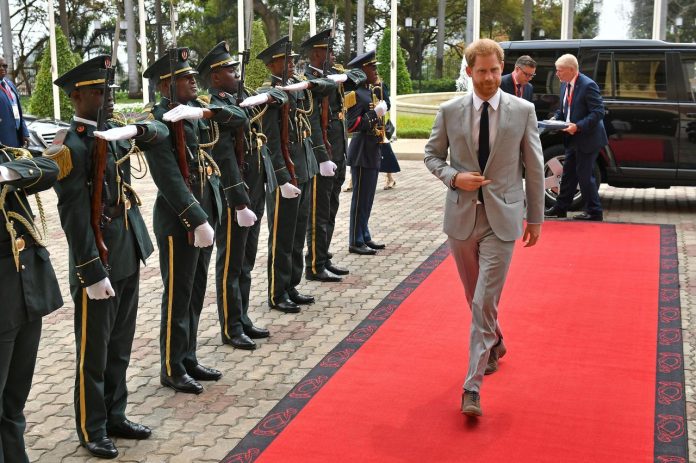 Britain’s Prince Harry attended a reception hosted by the British High Commissioner in Lilongwe on Sunday (September 29) during his first official visit to Malawi.

The Duke of Sussex left his wife Meghan and their four-month-old son Archie – who stole the spotlight when he sat on his mother’s lap while his parents chatted with Nobel Peace Prize laureate Desmond Tutu in Cape Town – to visit Botswana, Angola and Malawi.

Though Harry has visited Malawi several times privately, this trip is his first visit in an official capacity, marking the final leg of his solo tour across southern Africa before rejoining his family in Johannesburg.