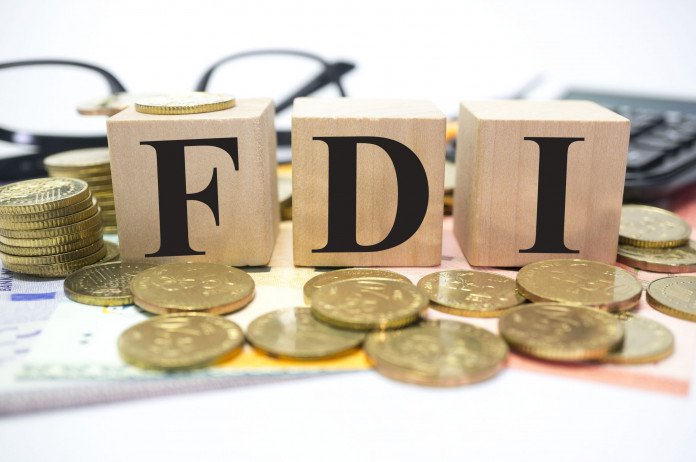 South Africa is one of the most promising emerging markets globally. The country’s infrastructure and emerging market economy make it a strong and dynamic investment destination on the African continent, hence the entrance of Foreign Direct Investment (FDIs).

Foreign direct investment is an investment in the form of controlling ownership in a business in one country by an entity based in another country.

It is critical to boosting economic growth and financial sustainability, especially for emerging economies, as inflows from such investment bring about monies to government coffers. Such monies are channelled into building infrastructures such as roads and railways. It also brings expertise to the local enterprises, which aids in the growth of their businesses.

Like most emerging and developing economies, the South African government encourages foreign direct investment to a large extent, acknowledging that it has a vital role in the growth and development of its economy.

Compared to other African countries, South Africa’s attractiveness to FDI is relatively high due to its high real returns on investment and its diversified economy, which is more reliant on services type sectors.

This is evident in its fourth-quarter 2021 FDI report released by the Central Bank, which showed that South Africa recorded foreign direct investment inflows of 604.3 billion rands, about $41.15 billion in 2021, a considerable increase from inflows of 50.4 billion rands in 2020.

According to the South African Reserve Bank, the increase was mainly influenced by technology investor, Prosus, which acquired about 45% of its South African parent Naspers.

Prominent investors in the South African economy are China, the Netherlands and the U.S, which sees the country as conducive for its investments due to its comparative low-risk location in Africa.

And just recently, some Dutch companies indicated their plan to expand their investments in South Africa in key areas such as health, cybersecurity and agricultural innovation. This comes as about 25 Dutch companies visited South Africa at the start of April 2022 to explore business opportunities.

The Netherlands is South Africa’s second-largest source of FDI, with 19.3% of all FDI originating from the Netherlands.

According to estimates from 2020, around 350,000 people will be employed directly by EU companies operating in South Africa.

Data from the South African Revenue Service, SARS shows that the Netherlands is South Africa’s seventh-largest trading partner. In 2021, the value of imports and exports between the two countries was R85 billion, with a positive trade balance of R37.6 billion for South Africa.

The primary law governing foreign investment in South Africa is the Protection of Investment Act of 2015, otherwise known as the Investment Act. Still, the country has no uniform law for the review and assessment of FDIs into the country.

However, to sustain all existing investments and even attract much more, despite its non-uniform law, it regulates sectorally with laws as it affects investments in various sectors such as Banking, communication, manufacturing and co. It also has the Department of Trade and Industry and Competition (the DTIC) and the Trade and Investment South Africa (TISA) division, assisting foreign investors.

The DITC actively courts manufacturing in sectors where it believes South Africa has a competitive advantage and specialises in labour-intensive sectors with potential local supply chain development potential.

It publishes the investor’s Handbook on its website, while the TISA provides investment support through One Stop Shops in Pretoria, Johannesburg, Cape Town, Durban, and online.

Also in existence as part of measures to support foreign direct investments in the country are the Special Economic Zones.

President Cyril Ramaphosa, during a visit to one of the special economic zones in late 2021, said the government was trying to make use of the zones to place the country on sustainable industrial paths as done by Malaysia, China and Singapore.

Ramaphosa said, “In our own experience, special economic zones have proven to be an effective tool to enhance our production capacity and crowd in private sector investment. This includes foreign direct investment, which often involves technology transfer from international companies.”

The DTIC has a package of tax incentives available to companies located in certain SEZs, subject to specific criteria to support investment through the SEZs further.

To the South African Deputy Minister of Trade, Industry and Competition, Nomalungelo Gina, South Africa uses the SEZs to reignite manufacturing-led industrialisation in an accelerated manner. She said, “as a government, we are happy that although the SEZ programme is relatively new in SA, it has attracted a significant number and value of investments in various regions.”

“The purpose of the SEZ programme is to attract foreign and domestic investments, increase the number and value of exported products, accelerate the development of industrial infrastructure, help accelerate the beneficiation of the country’s resource endowments, and create decent jobs.’

Undoubtedly, the South African economy benefits from FDIs and is strategically placed by the government to attract more investments to take the country to enviable heights.

However, it needs to put in place uniform regulatory policies regarding FDIs and continue to develop its infrastructure to global standards to remain relevant and continue to be an investment destination of choice on the continent.