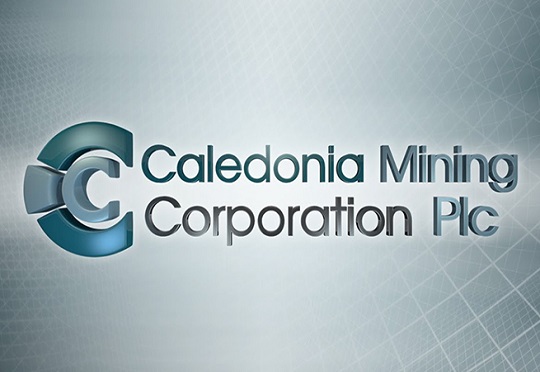 Caledonia Mining Corporation Plc has announced an upgrade to the resource base at its 49 per cent owned subsidiary, the Blanket Mine in Zimbabwe.

Based on development and diamond core drilling that has been completed up to the end of July 2018 and combined with improvements to the geological model, the total Measured and Indicated gold ounces at Blanket mine have increased by 13 per cent from 714,000 ounces, in August 2017, to 805,000 ounces, as at July 2018. Total Measured and Indicated resources now stand at 6.74 million tonnes at a grade of 3.72 grammes per tonne (“g/t”).

Inferred gold resources at Blanket have been increased by nine per cent from 887,000 ounces, in August 2017, to 963,000 ounces, as at July 2018. Total Inferred resources now stand at 6.63 million tonnes at a grade of 4.52g/t.
The upgrade has resulted in a modest decline in the average grade of the resources in the Indicated and Inferred categories as a result of additional infill drilling data, improvements in the definition of the geological models, additional lower grade resources in peripheral areas, and upward movements of resources between categories.

However, the average resource grade remains well above the current mill feed grade of 3.3g/t. Caledonia expects the mined grade to trend upwards over time as higher-grade resources are accessed at depth.

Commenting on the resource upgrade, Steve Curtis, Chief Executive Officer said: “Today’s resource upgrade is yet another positive step in our journey as we invest for the long term future of Blanket. This upgrade takes our total resource endowment at the mine to almost 1.8 million ounces. We have increased total resources at Blanket by 86 per cent since 2011 in addition to mining over 300,000 ounces over this period. Whilst there is a small downward revision in grade, the grade of the ore body remains consistent with our expectations and continues to be well above the current mined grade at Blanket of 3.3g/t. The inferred resource in particular at a grade of 4.5g/t and the substantial increase in inferred resources at depth gives us confidence in the longer term potential of the mine. Today’s announcement is a testament to the efforts of our technical staff and it is very satisfying to see our investment in exploration continues to deliver results.

“The increase in the Measured and Indicated resource base of 13 per cent to 805,000 ounces is good news for the longer term life of mine plan at Blanket and underscores the overall confidence level in Blanket’s resources which is underpinned by the planned increases in cashflow and production as the investment in our Central Shaft comes to an end. Furthermore, the 9 per cent increase in the inferred resources at depth to 963,000 ounces shows the longer term potential of Blanket and gives us full confidence that the current Central Shaft project will set the mine up for many years into the future.
“I am confident that the life of mine will be further supplemented by resource additions and upgrades as a result of the increased exploration activity at Blanket in the future.”
Caledonia’s Qualified Person for the purposes of National Instrument 43-101, Mr Paul Matthews has reviewed and approved the information contained in this announcement that relates to mineral resources.
Mr Matthews is a full-time employee of the Caledonia Group and has sufficient experience relevant to the style of mineralisation and type of deposit under consideration and to the activity which he is undertaking to qualify as a Qualified Person as defined by National Instrument 43-101.