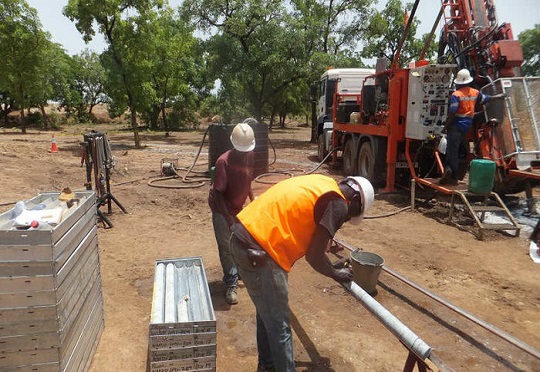 Archie Koimtsidis, Chief Executive Officer of Cardinal Resources, said, “We are very encouraged with the first pass shallow RC drilling results from Ndongo East which tested approximately 400 m strike length of coincident gold-in-soil anomalies and geophysical targets. This discovery lies within a much larger target area which has an overall strike length of approximately 9 km. Ndongo East is now the second target within the Ndongo license to return significant gold mineralisation. The first was the recent discovery made by Cardinal at the Zupeliga South target located approximately 10 km to the southwest of this new discovery at Ndongo East. The objective of this first pass programme covering the Ndongo licence is to discover shallow higher-grade gold mineralisation that could be mined in satellite pits and hauled to Namdini for processing.”

The Ndongo Prospecting License covers an area of 295 km2, having just expanded after purchasing two exploration licence areas from Kinross Gold in August 2017. The license area is considered highly prospective for the discovery of economic gold mineralisation associated with the prolific Nangodi Shear Zone, a splay fault off the main regional-scale Bole-Bolgatanga Shear. In other areas, the Nangodi Shear Zone is spatially related to no fewer than four gold discoveries, including the Company’s flagship Namdini Gold Project with a 6.5 Moz Indicated Resource, the Shaanxi Mine, the historic Nangodi Gold Mine and the Youga Gold Mine in Burkina Faso, adjacent to the Ghana border.

Also, there are numerous historic shallow artisanal workings along many parts of this shear zone approximately 15 km north of the Namdini Gold Project.