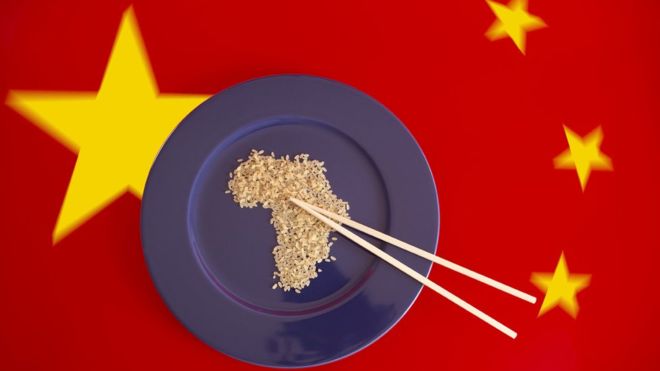 China’s trade with African countries rose nearly one-fifth in the first quarter from a year earlier, while its direct investment in the continent soared 64 percent, the Chinese commerce ministry said on Thursday.

Trade cooperation between China and Africa is “off to a flying start” in 2017, thanks to policy benefits from a cooperative framework laid down by the Chinese and African leaders in South Africa in 2015, said Sun Jiwen, spokesman at the ministry.

China has a relationship with Africa which pre-dates its current resource-hungry economic boom. In previous decades, China’s Communist leaders supported national liberation movements and newly independent states across the continent.

Chinese President Xi Jinping announced plans to plough $60 billion into African development projects at a summit in Johannesburg in 2015, saying it would boost agriculture, build roads, ports and railways and cancel some debt. China’s total trade with Africa rose 16.8 percent to $38.8 billion in the first quarter, its first quarterly increase on a yearly basis since 2015, Sun said during a regular news briefing in Beijing.

That is mainly thanks to a 46 percent year-on-year jump in imports from Africa in the first quarter with agricultural imports rising 18 percent, while Chinese exports recorded a smaller fall of 1 percent from a year earlier, Sun said.

China’s non-financial direct investment to the continent also jumped 64 percent in the quarter, as countries such as Djibouti, Senegal and South Africa all saw a more than 100 percent rise in the quarter.

China’s growing investment in the region is also likely to have been buoyed by its ambitious global trading strategy known as the Belt and Road Initiative, which appeared to be gaining traction recently, particularly in parts of East Africa where major infrastructure and defense projects are being built.

China’s trade relations with African countries are often dominated by big natural resource deals, triggering criticism from some quarters that China is only interested in the continent’s mineral and energy wealth.

Africans broadly see China as a healthy counterbalance to Western influence but, as ties mature, there are growing calls from policymakers and economists for more balanced trade relations.