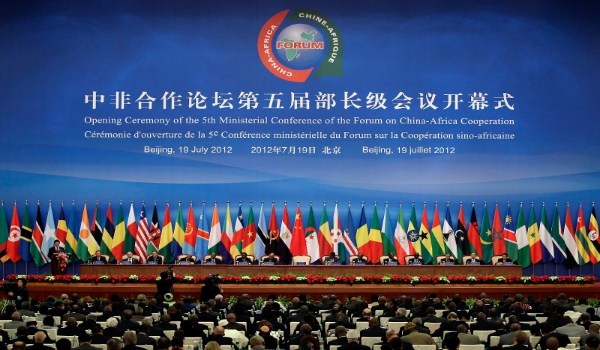 The third summit of the Forum on China-Africa Cooperation kicks off in Beijing on Monday to further explore how the two sides, representing over one-third of the world’s population, can walk toward a stronger community with a shared future through win-win cooperation.

Top African leaders, the chairperson of the African Union, the UN secretary-general and 27 international and African groups will attend the forum Monday to Tuesday.

This year marks the 18th anniversary of the establishment of the forum, which has become a model of South-South Cooperation and a banner of international cooperation with Africa, Chinese State Councilor and Foreign Minister Wang Yi said at the forum’s Seventh Ministerial Conference held in Beijing on Sunday.

The forum is being held as cooperation between China and African countries enters a crucial period of transformation and is expected to bring a new chapter to cooperation as it faces the challenges of trade protectionism and anti-globalization, Liu Guijin, the former Chinese government special representative for African affairs, told the Global Times on Sunday.

Globalization is “irreversible” and has brought benefits, said Sierra Leonean President Julius Maada Bio. Africa will work together with China and other countries, he said, to seek development of their countries and their peoples.

“We want to be part of the world community but we know we cannot do it alone, and China also believes in this philosophy – that we are here to show that we can only succeed if we work together,” the Sierra Leonean president told reporters on Sunday.

The forum has become a significant mechanism for China and African countries to conduct dialogue and practical cooperation, Wang said.

According to preliminary estimates, Chinese projects completed and underway under these cooperation plans are expected to bring the continent 30,000 kilometers of highways, 85 million tons a year of harbor capacity, more than 9 million tons per day of water-cleaning capacity and about 20,000 megawatts of power-generating capacity while creating some 900,000 local jobs.

The past few years have witnessed an increase in cultural and people-to-people exchanges between the two sides. By the end of 2017, there were 54 Confucius Institutes in 39 African countries.

During the past 55 years, China has sent more than 20,000 medical workers to Africa.

“The cooperation has turned Africa from a desperate continent into a land of hope,” said Liu Hongwu, director of the Institute of African Studies at Zhejiang Normal University. “It also showed the world that China’s development is not a threat, but an opportunity for the world.”

China-Africa cooperation is playing a significant role in stabilizing global economic development and promoting a globalization that is inclusive and beneficial to all parties, Liu Hongwu said.

Africa, which is expected to have nearly half of the world’s young laborers in 2050, is a market with huge potential for China, said Liu Guijin.

Many African countries acknowledge China’s goodwill and development philosophy, the veteran diplomat noted, “which is different from the Western market that had hindered Chinese investment for alleged security reasons.”