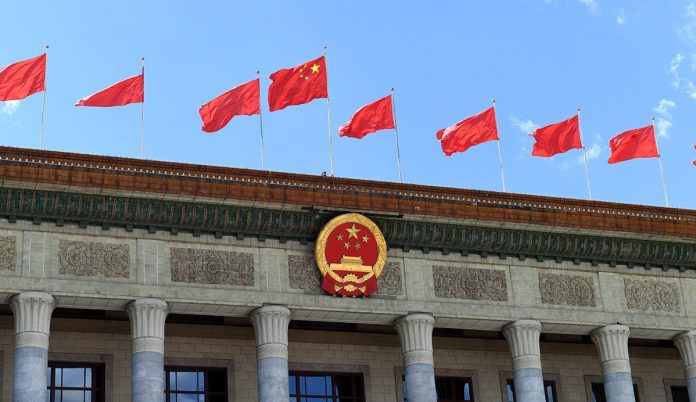 Recently, a few people in some Western countries have been accusing China of “hoarding grains” in the international market. They demand more actions from China for global food security.

I must point out that the Chinese government always attaches great importance to the issue of food security. China follows a vision of food security that is centred on “self-sufficiency in grain supply and absolute security of staple grains”.

The year 2021 marks the seventh consecutive year that China secured an annual grain production of over 650 million tonnes. China stands as the world’s largest grain producer and third-largest grain exporter. China has the capability and confidence of being self-reliant in securing its own food supply. It is unnecessary for China to “hoard grains” in the international market.

China has managed to feed one-fifth of the world’s population with a quarter of the world’s total food production on less than 9% of the world’s arable land. This achievement is in itself a significant contribution to world food security.

In the meantime, China has shown its responsibility as a major country and made positive contributions to ensuring global food security. Under the Global Development Initiative put forward by China, food security is one of the eight priority areas of cooperation. China will mobilize efforts from all parties across the globe to draw on each other’s advantages and pool the strength for achieving all sustainable development goals including food security.

China has always been an important strategic partner of the Food and Agriculture Organization of the United Nations (FAO) in South-South cooperation. In recent years, China has donated a total of $130 million to the FAO’s South-South Cooperation Programme.

China has sent a large number of experts and technical personnel to countries in Asia, Africa, Latin America and the Caribbean and to Pacific Island Countries. China has donated the largest amount of funds, sent the most experts, and undertaken the most projects under the framework of the FAO’s South-South Cooperation Programme among all developing countries.

Since the start of COVID-19, China has responded actively to the appeal of the United Nations and other international organizations by providing emergency food assistance to many countries. China’s contribution to stabilizing world food production and supply has been widely praised by the international community.

Besides, China actively advocates reducing food loss and food waste. If the world can reduce food loss by one percentage point, we can save up to 28 million tonnes of food which is enough to feed 70 million people. President Xi Jinping has stressed the importance of food conservation on many occasions. In 2021, China held the International Conference on Food Loss and Waste, which received a warm response from the international community including G20 member states.

I am sad to see that in many developing countries with food shortages, people do not have enough to eat while in some developed countries, food often goes uneaten and gets dumped in trash cans. The amount of food wasted in developed countries each year is nearly as much as the sum of food produced in sub-Saharan Africa. According to the Department of Agriculture of the United States, food waste is estimated at between 30-40% of the food supply in the country. In 2018, food waste in the United States totalled 103 million tons, with an approximate value of $161 billion.

China urges relevant countries to reduce food waste, fulfil their due international obligations and shoulder more international responsibilities. Instead of racking their brains to make an issue of other countries, they should do their own homework well, take earnest efforts to save food, maintain the steady operation of international trade in agricultural products and help developing countries improve the capacity of food production in order to uphold global food security.

The more difficult the situation is, the more important it is for people to enhance solidarity. At a time when the international food supply chain is coming under the impact, China calls on all countries to shoulder common responsibility.

Countries across the globe should increase food supply by stabilizing production and ensuring smooth supply, and at the same time reduce food loss and food waste and make earnest efforts in food conservation in order to safeguard global food security.