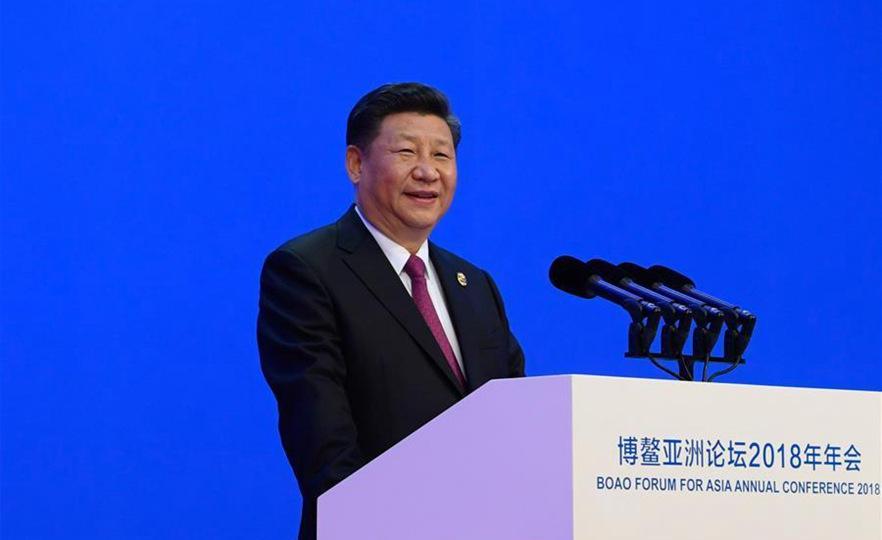 By Chao Xiaoliang, Consul General of the People’s Republic of China in Lagos

In a world troubled by grave uncertainties over intensifying protectionism, new vitality is highly expected to be injected into free trade and globalization. From April 8th to 11th, the annual conference of Boao Forum for Asia (BFA) once again drew widespread attention. Themed “An Open and Innovative Asia for a World of Greater Prosperity”, the forum brought together more than 2,000 participants including leaders from several countries and regions and principles of international organizations, 260 speakers and over 1,000 journalists from all around the world. Chinese President Xi Jinping delivered a keynote speech at the opening ceremony themed with “Openness for Greater Prosperity, Innovation for a Better Future”, inspiring people around the world to work together to a community with a shared future for humanity and make Asia and the whole world peaceful and prosperous.

Economic globalization is an irreversible trend of today’s world, China’s door of opening up will not be closed and will only open even wider. Opening up is the strategic decision based on China’s own need, it is also China’s concrete action to move global economic globalization forward in a way that benefits people across the world. To pursue further opening, President Xi announced in his speech following major measures that China will soon adopt: China will significantly broaden market access, more moves towards opening in financial services and manufacturing sector will be made; China will create a more attractive investment environment; China will strengthen protection of intellectual property rights, State Intellectual Property Office will be re-instituted; China will also take the initiative to expand imports, import tariff of automobiles and other products will be reduced. These measures aim at delivering benefits to all enterprises and people in China and around the world.

The world is undergoing a new round of major development, great change and profound readjustment. The new round of technological and industrial revolution brings fresh opportunities and presents unprecedented challenges. Humanity has a major choice to make between openness and isolation, between progress and retrogression. Nowadays, peace and cooperation is the overwhelming trend. In a world aspiring for peace and development, the cold-war and zero-sum mentality are out of place, isolationism and protectionism will get nowhere. Only peaceful development and cooperation can truly bring win-win or all-win results. Pursuing greater connectivity and integrated development is the best choice to promote common prosperity and development. Thus, President Xi’s proposal of building a community with a shared future for mankind has been welcomed and endorsed by growing number of country and has been written into important UN documents. With the future in mind, we need to treat each other with respect and as equals, promote dialogues and share responsibilities, engage in cooperation for win-win results, uphold inclusiveness and seek harmony without uniformity, treat nature with respect and treasure our planet.

As a builder of world peace, contributor of global development and keeper of international order, China will stick to the path of peaceful development, actively pursue a global partnership, continue to work together with the rest of the world and promote a community with a shared future for mankind.