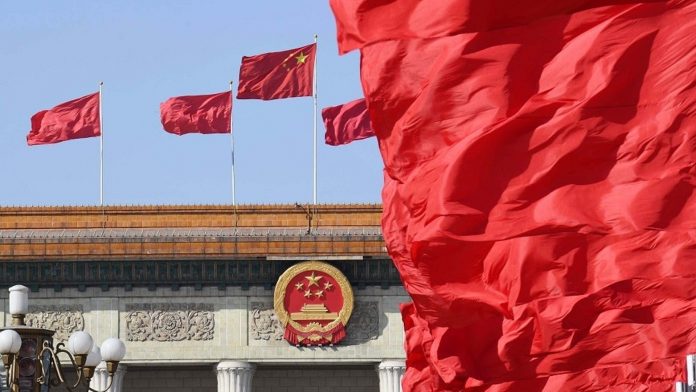 The Communist Party of China(CPC) convened its fifth plenary session of the 19th Central Committee from October 26th to 29th in Beijing, at which the CPC Central Committee’s Proposal for the 14th Five-Year Plan (2021-2025) for National Economic and Social Development and the Long-Range Objectives through the Year 2035, an overall Blueprint for China’s development, in the long run, was adopted. The Blueprint has made clear the basic guiding principles, major targets, and long-term goals of China’s economic and social development in the next five years highlighted the leading role of the new development concept and raised a series of major landmark strategies. It will implement major measures that are forward-looking, comprehensive, basic and targeted, and coordinate further reforms in major areas. The Blueprint is expected to be approved by the National People’s Congress next March and will be put into complete implementation.

Reading through the full text, I find that the Blueprint will have a significant and positive influence on the world. Not only will it provide a strong impetus for China’s development, but it will also inject greater confidence into the recovery of the world economy and provide more opportunities for the development of other countries. Just like President Xi Jinping put it in a keynote speech at the opening ceremony of the Third China International Import Expo that has recently concluded in Shanghai: “What we envision is not a development loop behind closed doors, but more open domestic and international circulations. We will do so not only to meet China’s own development needs but also for the greater benefit of people in all countries.”

The Blueprint is like a goldmine, out of which people smell opportunities. I cannot list all of the opportunities in a short article but to name only a few:

First, China has a population of 1.4 billion. According to the Blueprint, the well-being of the people will reach a new level. China will achieve fuller and higher-quality employment, with personal income growth basically in step with economic growth, and marked improvements in distribution structure. China will achieve the goal of finishing building a moderately prosperous society in all respects and eradicating poverty. A middle-income group that exceeds 400 million is thus formed. It will be natural for China to buy more as China’s middle class grows rapidly. The vastly huge China market is the most promising in the world. Total import into China is estimated to top 22 trillion US dollars in the coming decade. Demand on the massive domestic market in China will continue to unleash the endless potential for African countries to export to China.

Second, the Blueprint reiterates that China will jointly promote with partners the high-quality development of Belt and Road cooperation. The Belt and Road Initiative(BRI) is by far the most comprehensive and inclusive project of the 21st century. Through policy coordination, cultural exchanges and targeted investments in infrastructure and many more other fields, China has implemented a lot of projects in Africa. By carrying out all-round opening-up in more fields, with a broader range and greater depth and actively participating in the reform of global economic governance system, China has sent a clear signal to the world: China’s new journey to fully build a modern socialist country is also a new journey for countries around the globe to enjoy win-win results and common prosperity. China will forge greater synergy of the Belt and Road Initiative with African countries’ national development strategies. China will do its best to enhance connectivity and further integrate its industrial, supply and value chains for unimpeded economic circulation. China will foster an open, fair and nondiscriminatory business environment, and expand mutual investment. China will continue to implement more joint projects that deliver real benefits to the people. At this atmosphere, African friends are welcome to seize opportunities together with China from the new round of technological revolution and industrial transformation to step up cooperation in infrastructure construction, industrial, trade and investment cooperation, digital economy, e-commerce, artificial intelligence, smart cities and so on.

Third, as indicated in the Blueprint, China will strengthen efforts to develop cultural undertakings and industries. China is a country that boasts of a splendid civilization of more than 5000 years, and Africa is blessed with extraordinarily rich culture. With China’s outstanding input in the cultural field, there must be huge potentials for the two sides to conduct cooperation in developing cultural undertakings and industries. For example, some African countries are strong in the movie industry. To my knowledge, some Chinese cultural companies have already started cooperative projects with their African counterparts. I believe, with the support from China’s cultural development, particularly financial support, the projects must be able to achieve tangible results.

All in all, China cannot be separated from the world in achieving development, and the world also needs China for prosperity. Now, China is speeding up efforts to foster a new development paradigm with domestic circulation as the mainstay and domestic and international circulations reinforcing each other. New mechanisms are being put in place to build an open economy of a higher standard. China will remain committed to a win-win strategy of opening-up. It will seek development impetus from the world and contribute more to the world with its own development. China welcomes all parties from Africa to capitalize on China’s development opportunity and make active endeavours to deepen cooperation with China.