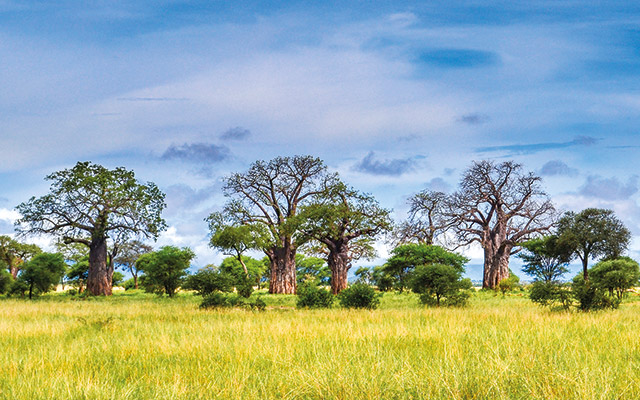 African towns and cities are growing. They are growing because of new visions, new investments, and new people arriving every day. Realisation of these new visions, of the benefits of the new investments and the meeting of the aspirations of the new urban citizens requires that the growing cities, towns, suburbs and urban communities of Africa are vibrant, resourceful, sustainable, equitable, and livable, framed within the imperative of their African identity and culture.

A core strategy for enhancing the livability of cities, as well as making them more sustainable, vibrant, equitable and resourceful, irrespective of whether they are in Africa or elsewhere, is providing a well distributed network of public, open green spaces and trees. Public green spaces include the full range of vegetated areas from formal parks, trails, walkways, botanical gardens and corporate and institutional grounds, cemeteries, and tree-lined streets, to informal remnant lands, undeveloped corners, road verges and riparian fringes. Such networks of multifunctional urban green spaces are increasingly termed “green infrastructure”. Research from around the globe, including from African countries such as Ghana, Ethiopia, Nigeria and South Africa, is slowly revealing the inextricable links between access to nature in urban areas and the wellbeing and life satisfaction of urban dwellers. For example, access to urban green spaces is correlated with many aspects of improved physical and mental health. Pleasant, maintained and safe green spaces promote physical activity amongst those living nearby because they are encouraged to walk for leisure in such spaces or for more active pursuits such as team sports, jogging, cycling and the like. Levels of obesity, stress and heart disease are lower amongst people living closest to green spaces. Mental health is improved from regular exposure to green spaces because time spent in green spaces helps relieve stress and anxiety and allows one to change focus and “get away from it all”. Large iconic trees and green spaces provide places for recreation and relaxation whilst fostering a sense of place in the city. Improved mental wellbeing is also often a result of urban residents going to green spaces in groups, such as with family or friends, which reinforces social ties and a sense of kinship and community. And with increased social cohesion, green suburbs typically have lower crime rates than less green ones.

The benefits of trees along the streets and of urban parks are not confined to individual health. Green spaces help keep local neighbourhoods cooler, as do trees along the street. The cooling effect of urban greenery will become more and more important as climate change intensifies. Many cities in the Global North are planting trees on an unprecedented scale to mitigate against climate change and to ensure that temperatures within the city are agreeable. For example, Melbourne (Australia) aims to double to canopy cover of trees within the city by 2040, and is doing so with tree species that will be tolerant of global warming. Recent work in Bulawayo (Zimbabwe) shows that the summer time temperatures in green spaces are up to 6 degrees cooler than in the surrounding built up areas, and that the cooling effects of green spaces can extend to approximately 1.5 km away. Urban trees and green spaces also provide noise buffers, reduce storm water surges and the risk of floods, trap dust and some air pollutants. All of these functions make towns and cities more pleasant places in which to live, work and relax. And it is not just urban residents who benefit, because urban green spaces and trees provide habitat to other species such as birds, insects, lizards and small mammals, which in turn provide awe, joy and amusement to many young and old alike.

Urban green spaces and trees also provide important consumptive resources to some urban dwellers, particularly, but not solely, the poor. Many urban residents collect firewood, poles for building, fruits, edible leaves, mushrooms, craft materials and medicinal plants (amongst others) from public green spaces, undeveloped lands and homestead plots. This may be for recreation, for culture, or to allow savings of scarce cash resources. For example, recent research in South Africa reported that approximately twenty percent of total household cash and non-cash income for urban households in the poorer suburbs came from collecting wild products from within the town limits. Thus, well managed green areas can play a meaningful role in poverty mitigation for the urban poor. Such contributions can be increased through provision of sites for urban agriculture or planting of trees in parks and along streets that provide fodder for urban livestock, fruits for local residents or plants that provide decorative pods, seeds or craft materials for local artists and crafters. For example, Vancouver (Canada) has a programme which plants fruit trees in some of the city parks, whilst San Francisco (USA) has established dozens of fruit orchards throughout the city, but concentrated in poorer areas. However, providing products for household consumption is not just for the urban poor. Significant numbers of the better off are interested in collecting berries, nuts and mushrooms as a cultural, educational and recreational experience, which adds to their sense of pride and place. Indeed, locals and visitors to New York (USA) or Cape Town (South Africa) can sign up and participate in urban foraging tours, where guides teach participants about where to find wild growing foods, and how to harvest and prepare them.

Alongside quantification of the benefits of urban green spaces and trees to human wellbeing and satisfaction, is the growing realisation that these benefits are rarely evenly distributed or of equal quality throughout a given town or city. For example, research in South Africa has revealed that residents in government, newly built, low-cost housing areas have sixteen times less public green space per person than those in wealthier suburbs, with similar disparities in the distribution of street trees. Appreciation of the inequities in the amount, distribution or quality of public green space within cities and towns can guide urban planners to ensure sufficient public green space in all parts of the urban matrix, with perhaps greater endowments in poorer areas because of the typically higher housing density in such areas which limits the room available for private green space around individual dwellings or homes. Many countries and even individual cities are developing policies or legislating the minimum area of green space required and its distribution. For example, Berlin (Germany) has a guideline of 10 m2 per person, whereas Bristol (UK) has set a target of 28 m2 of public green space per person, and at least some green space within nine minutes’ walk. The European Environmental Agency recommends that there be sufficient green space such than nobody lives more than 15 minutes’ walk from public green space. Research in the Global North has shown that the net benefits across various health and ecological services provided by urban green spaces and trees are generally three to four greater than the costs of establishing and maintaining such areas, although this ratio differs according to context.

In contrast, there are relatively few countries in Africa that have national guidelines or cities that have specific targets regarding the amount of green space required to contribute to livable and sustainable cities as defined by local communities. The sheer pace of urban growth in sub-Saharan Africa overwhelms many attempts at pre-emptive planning and zoning. Areas of designated green space are prone to encroachment by new migrants to the city for construction of temporary or informal houses; zoned green spaces are infringed upon by small-scale businesses and vendors, or converted to offices, businesses or flats by elites without any fear of repercussions. Providing livable cities for all requires sufficient safe and quality green spaces that meet the stated needs of local residents. The first step in realising this is political will and leadership and the consequent mainstreaming of green spaces and infrastructure into political and planning agendas. Simultaneously is a move towards stronger protection of current and future green spaces by the responsible department in the urban authority. This will require budget, as well as appropriate management of the spaces and amenities they contain. The primary design, function and amenities of each space should be informed by the needs and aspirations of the communities immediately adjacent to the space. If the public spaces are designed to cater for their needs foremost, they will be more inclined to get involved in the use and maintenance of the space. Providing different spaces for different needs, or designing larger, multifunctional spaces, reduces inequalities and promotes social interaction.

Whilst some of these narratives and steps are informed by knowledge and case studies from Global North countries, many are not directly transferrable to the sub-Saharan African context because urban structure, dynamics and needs can be very different. For instance, the presence and importance of urban livestock in many African towns and cities needs to be taken into account when considering the functions of public green spaces and the types of vegetation provided. Another noticeable difference is the collection of firewood and medicinal plants, and another is that in many African countries public green spaces are used as places of worship. Because African cities and towns are still growing, there is a golden opportunity to be able to plan the future public green spaces, i.e. green infrastructure, in advance of the built infrastructure, rather than having to retrofit or squeeze them into minute areas decades later, which is the case in many of the older cities of Europe and parts of Asia. Proactive zonation of future public green areas before major urban development and building can also safeguards greater levels of indigenous biodiversity in the green spaces. Much of sub-Saharan Africa is endowed with an amazing richness of native spaces, many of which can be accommodated in green spaces of future suburbs, towns and cities, contributing to local needs, cultures and African heritage.

In conclusion, for African cities to be livable and promote the wellbeing of their citizens, now and into the future, it is essential that policy and decision-makers include the planning, integration and development of sufficient areas of multifunctional green spaces. They are not a luxury expense, but rather a necessity, of which the benefits they provide far outweigh the costs.

About Author:
Charlie Shackleton is a full-time research professor in the Department of Environmental Science at Rhodes University, Grahamstown, South Africa. He occupies a nationally funded research chair in “Interdisciplinary Science in Land and Natural Resource Use for Sustainable Livelihoods”. He has published widely on issues pertaining to rural livelihoods and natural resource use, as well as urban greening as a necessary strategy for urban sustainability. 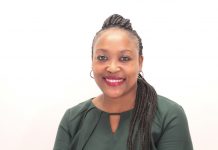