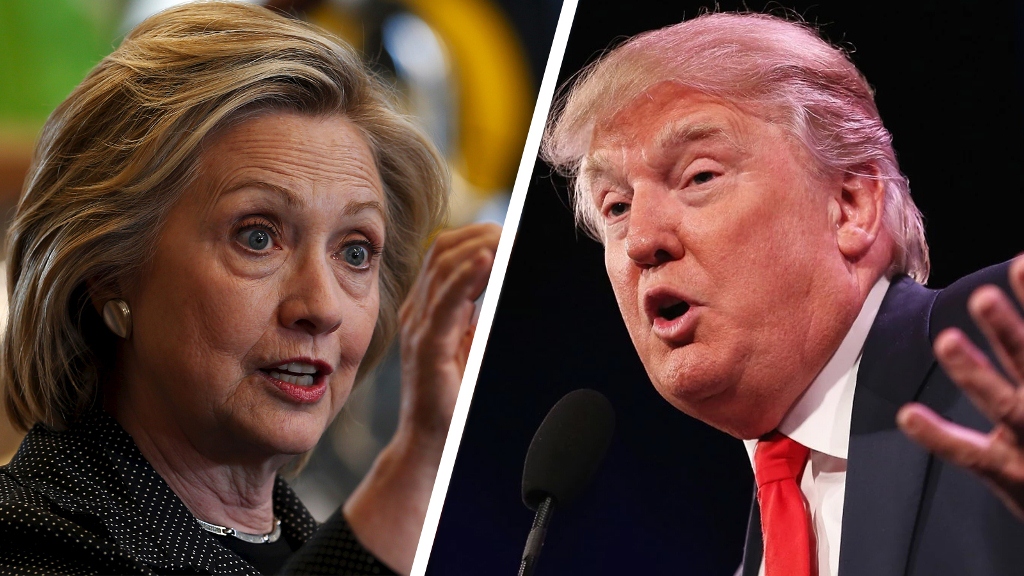 Hillary Clinton and Donald Trump have very different plans for immigration policy in the United States if elected president in November, including proposals that in some cases are directly opposite of each other.

Their campaign pledges range from ones emphasizing enforcement of existing laws to those requiring new legislation and possibly changes to the U.S. Constitution.

Trump is due to make a major speech on the issue in Arizona on Wednesday.

One of the most glaring questions is what to do about the estimated 11 million people already living in the country illegally. There is currently very little that population can do to earn citizenship. Clinton says one of her first priorities is immigration reform that would include creating a path to full citizenship, which Trump does not support.

An early Trump priority would be immediately deporting those undocumented immigrants who have committed crimes. Clinton also says she would prioritize kicking out violent criminals.

A 2014 memo from Homeland Security Secretary Jeh Johnson identifies top immigration enforcement targets as people suspected of terrorism or espionage, trying to illegally enter the country, and those convicted of gang or felony crimes. People already in the country who have not committed crimes or significant visa program abuses are in the lowest tier.

Obama signed two executive orders on immigration during his term, one allowing parents of citizens or lawful residents to apply for a delay in facing immigration enforcement and another allowing children who entered the country before age 16 to ask for the same delay. A federal court order suspended the one regarding parents, but the protection for those who entered illegally as children is still in effect.

Clinton wants to protect both measures.Trump told NBC’s Meet The Press in an August 2015 interview that he would repeal them and “make a whole new set of standards.”

Under current law, any child born in the United States, even to someone who is in the country illegally, is a citizen.

“All persons born or naturalized in the United States, and subject to the jurisdiction thereof, are citizens of the United States and of the State wherein they reside,” reads the Fourteenth Amendment to the Constitution.

Trump wants to end that policy, calling it the “biggest magnet for illegal immigration.”Clinton has said that would be the “wrong direction.”

Citizenship brings certain rights such as voting and being eligible to buy health insurance through exchanges created under the Affordable Care Act. Clinton has proposed expanding healthcare access to families regardless of their immigration status.

Trump wants a focus on enforcing U.S. law that makes it illegal for companies to hire people they know are in the country illegally.Several states require the use of a system called e-verify that matches documents submitted by job applicants to federal government databases to ensure people are legally allowed to work.

In June, the Department of Homeland security reported that about 355,000 people who had entered the country legally with a visa and never left. Officials told a congressional hearing that enforcement for visa overstays is similar to the overall approach on policing immigration with a focus on those who pose the greatest threat to national security and local populations.

Since 1994, Congress has called for a system to better track who comes in and out of the country and allow law enforcement to better search out those who overstay their visa. Homeland Security says it does a good job for sea and air travelers, and is working on better tracking those who exit the United States through land crossings.

Trump wants a robust tracking system as well as criminal penalties for people who do not leave when their visa expires. Right now, there are only civil penalties that generally bar a violator from returning to the U.S. for a certain number of years depending on how long they overstay.

Current law also stipulates that undocumented children or spouses of citizens or permanent residents who get approved for immigrant visas must leave the country to obtain the visas at a consulate abroad, and must then wait either three or 10 years to return depending on how long they were in the U.S. illegally.

Clinton wants those waits lifted, saying they force families to choose between continuing to live together illegally in the U.S. or splitting up for a period of time.

Parties have different ideas of the importance of the immigration issue

A number of recent polls showed about 8 percent of registered voters considered immigration the issue most important to them, more of them Republicans than Democrats.

That divide also appeared in a Pew Research poll that asked people whether immigration is a “very big problem” in the United States. Sixty-six percent of Trump supporters said yes compared to 17 percent of Clinton supporters.