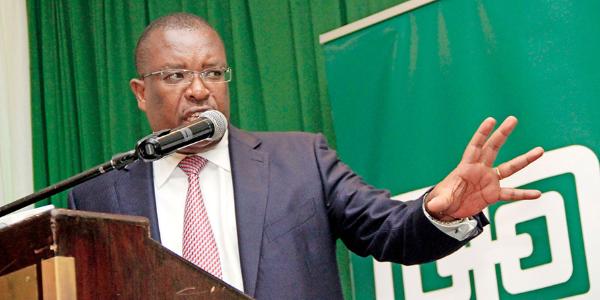 Co-operative Bank of Kenya #ticker:COOP has set aside Sh200 million for a capital injection in the Kenya Mortgage Refinance Company (KMRC), a government-led unit that is meant to ease access to housing financing for Kenyans.

The tier-one lender said Thursday that it wants to be a key player in KMRC, riding on the co-operative movement that predominantly owns the bank.

“The Board of Directors of the Co-operative Bank has approved a key Sh200 million capital injection in the share capital of the KMRC to support this most worthy objective become a reality,” said CEO Gideon Muriuki.

The bank is relying on the reach of the co-operative movement in home-ownership to beat other lenders in the initiative that has been included in President Uhuru Kenyatta’s Big Four agenda.

The capital injection is the first major financial commitment to be made from the financial sector in the initiative where the government wants to retain a maximum shareholding of 20 per cent.

Official documents show that the National Treasury is to provide the initial Sh1.5 billion capital to set up the company and then open it up to more equity investors for enhanced capitalisation.

This targets private sector such as financial institutions active in housing products. This is expected to attract banks, deposit-taking microfinance institutions and regulated Saccos.

Mr Muriuki (left) told Business Daily in an email that the bank sees an opportunity given that the mortgage industry has barely 25,000 loans in a country suffering an estimated housing deficit of 500,000 units.

“Conventional mortgages have proven not suited for home financing in Kenya, with uptake remaining low many decades since they were introduced in the market,” he said.

“KMRC is therefore likely to boost access to the much-needed long-term money for funding development of affordable homes for the majority.”

Other lenders who are eying the pie are HF and KCB, which are among the most visible mortgage lenders in Kenya.