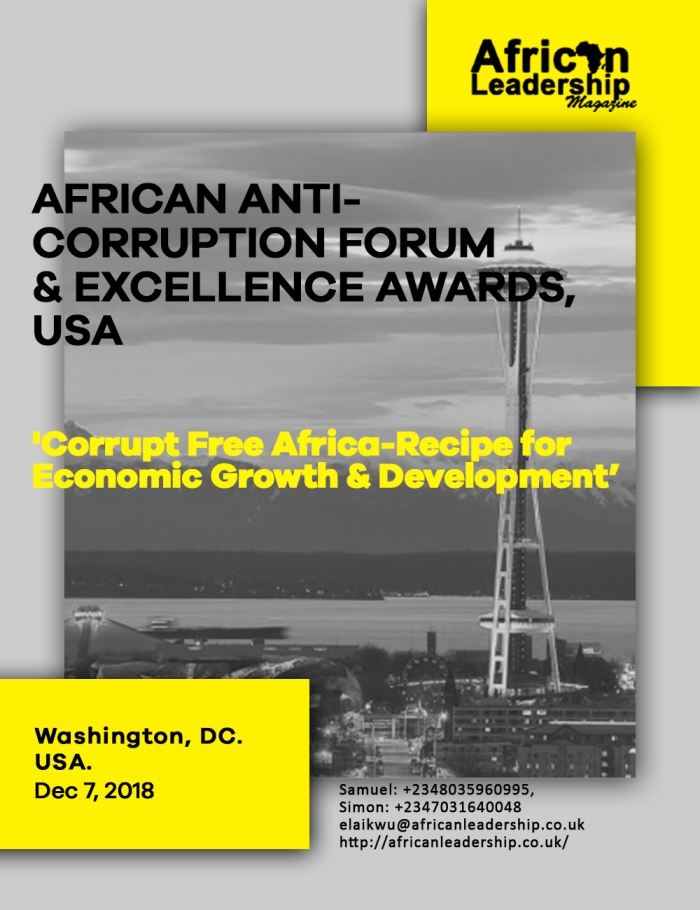 The world recognizes that corruption distorts economic growth and development. In 2002, the African Union reported that Africa lost about USD$150 billion through corruption every year. This represented 25% of the continent’s combined GDP at the time. Nothing much has changed. The thrust of these facts is that the lost monies could have been used to finance institutional development and reduce the constraints to doing business in Africa.

In spite of the effects of corruption on the private sector, businesses in Africa are relatively silent about the menace. In the past ten years, African governments have made some efforts to fight corruption. In many cases, they have been spurred by international donors pushing for transparency and good governance as well as domestic pressure to fulfill promises of reform made on the campaign trail. Some economists argue that African governments need to fight corruption instead of relying on foreign aid. Someone once said, “Attacking corruption is the best way to attack poverty”.

With the proper will and commitment, African nations can create mechanisms to stop, or at least reduce, the incidence of corruption on the continent. In the not-so-long run, this would make Africa a more attractive place for business and investment, benefiting its people while creating a better climate for multinationals wishing to access Africa’s rich, growing markets.

The African Leadership Magazine focuses on bringing the best of Africa to a global audience, telling the African story from an African perspective; while evolving solutions to peculiar challenges being faced by the continent today. As part of proffering solutions to challenges encountered in the continent, The African Anti-Corruption Forum is organized in partnership with Centre for Economic & Leadership Development to discuss measures to tackle this menace. It is intended to among other things showcase strides of African agencies/organizations in curbing corruption and whose policies have contributed toward reshaping thoughts and institutionalizing the fight against corruption. This is intended to build trust, enhance global rating and confidence in agency/organization.

This forum seeks among other things to provide a veritable platform for valuable knowledge sharing, partnership, networking, and engagements. It is also designed to work towards ending impunity, prevent corruption, empower victims and support activists, in an effort to bolster good governance and transparency and support sustainable development. Leaders from civil society, business and government who are championing the fight against corruption and promoting integrity are going to be recognized and rewarded for their undying efforts in building the Africa dream.

ALM Events:
Over the years, the African Leadership Magazine platform has served as a vehicle that showcases organizations and individuals who are dedicated to achieving excellence and fostering development in Africa. The magazine has at its annual events, hosted and honoured several business leaders, heads of states and presidents, policymakers, and stakeholders in Africa’s development, past and present, who are fostering Socio-Economic development and placing Africa on a global stage.