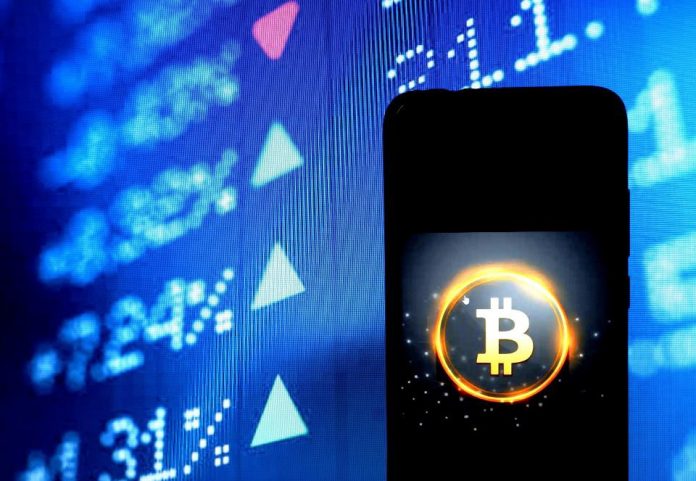 While this “black-carpet” reception that cryptocurrency got on the continent have largely been for genuine reasons, some of them are just exaggerations as fiat currencies are also exposed to similar misuses. Major complains the governments initially had against cryptocurrencies included prize volatility, money laundering, anonymity of transactions, tax evasions, forex control circumvention as well as the potential for terrorism financing.

A curious argument you hear from African government officials, which exposes how little they knew of these things at the time, is that they like the blockchain but do not like cryptocurrencies like bitcoin, Ethereum and Litecoin. One reason they give for this dislike has been the fact that no one owns cryptocurrencies. Or, put more ominously, there was no one to take the fall if something goes wrong.

This reminded me of the reaction of some governments when the Internet was created. Governments that kicked back against the Internet loved private implementations which are intranets but were suspicious of the Internet because of its inherent universality and lack of domicile.

Imagine if these governments had succeeded in suppressing the Internet in their regions, only allowing privately owned intranets to exist. Who would have been the loser?

Changing attitudes and a crypto renaissance

After Facebook announced its star-studded partnership called Libra, the layman’s understanding of cryptocurrencies received a facelift globally, but even more so in Africa where payment inequalities have kept hundreds of millions unbanked. Gradually, the initial response of wariness to cryptocurrencies in Africa has started to shift, giving way to more pragmatic responses that have seen licensed exchanges and even banks participating in the ecosystem.

Of course, the central banks are almost powerless here as attempting to control the spread of cryptocurrency, a currency system designed to avert those kinds of regulatory controls would be akin to collecting water in a basket. Likely realising from other global flashpoints that citizens would resort to the black market or peer to peer platforms to buy and own cryptocurrencies, the central banks correctly called this one as a battle that they cannot win.

Hence, the attitude now has been that of regulatory authorities investing resources into training select units on how cryptocurrencies work and how policy can be implemented to, at the very least, determine how players operate. Central banks are coming together to float their own cryptocurrencies. This is a good thing, as it gives countries of the world the opportunity to play catchup with established cryptocurrencies after they have lost valuable time fighting against innovation. That initial reluctance gave established cryptocurrencies the time to develop a foothold and get much more than a head start.

This change in rhetoric from the central banks has likely encouraged very cautious followers of the industry, who were even too scared to dip their toes in the pond, to come onboard the industry for the first time. Apart from this, global events like Brexit, as well as the US-China trade wars, has made a number of players sceptical about keeping their money stored in those currencies.

When these situations are placed side-by-side with parallel situations like the rise of inflation and rapid loss of value of currencies in countries like Zimbabwe and Venezuela, the global attraction of cryptocurrencies is not so surprising anymore.

In recent research published jointly published by Arcane Research and Luno found that African countries like Nigeria, Uganda, South Africa, Ghana and Kenya were at the top 10 countries in the list of searches for the term “bitcoin” on Google. While the interest in cryptocurrencies is on the rise, the penetration of the innovation is still very low, with much less than 1% of the population of African countries having used cryptocurrencies or engaged with a blockchain product before.

The numbers are pointing to Africa.

A scramble for a share of the African crypto pie

This enormous domain opportunity that cryptocurrencies present is not lost to keen observers of the cryptocurrency march globally. Akon recently introduced Akoin, a cryptocurrency project that he hopes will provide an answer to the region’s recurrent monetary crises and currency crashes. He also anticipates that his project will present an opportunity for the teeming youthful population who are largely underbanked or unbanked and burdened with expensive remittance charges.

However, Akon is not the only global icon who has their eyes trained on Africa. Just last November, tech entrepreneur Jack Dorsey, who is the CEO of Twitter, generated a lot of buzz online when he declared that he would soon be moving to Africa to work on the adoption of cryptocurrencies.

Is cryptocurrency the future?

It is not rocket science to expect a cryptocurrency dominance to emerge in Africa, where the payment revolution that drove more than 60% of global mobile money transactions are currently channelled through mobile payment platforms of African origin.

Just as early adopters of mobile payment in Africa cashed big as a result of the fragmented financial system and a large, unbanked adult and youth population, cryptocurrency is set to revolutionise the payment ecosystem even further by putting the ownership of financial assets in the hands of people.

While central banks will not like this, there is little or nothing that they can do about it. All talk of bans has since been shelved, and discussions now focus on how to regulate businesses that can legally operate in the space.

Mr Dipo Faitokun, Director, Banking and Payments System, Central Bank of Nigeria, admits: “The Central Bank of Nigeria cannot regulate bitcoin, blockchain. Just the same way no one is going to regulate or control the Internet; we don’t own it. The CBN is interested in this technology called a blockchain. And what we have said is that we want to identify the various use cases in which we can deploy the technology to do our business; that all the operators within the financial sector can use to conduct their business because it engenders strong benefit.”

African countries like Tunisia, Senegal, Ghana and Rwanda are experimenting with developing their own CBDCs, even as Tunisia has denied that they have issued an eDinar as was widely rumoured online.

The beauty of cryptocurrencies is that anybody can create them. As governments make a move into the cryptocurrency space, it is expected that whatever instruments they create will be burdened by regulatory and monetary policies and would be no match for true cryptocurrencies that they try to mimic.

It is doubtful that any country will truly open their currencies to be subject to market movements as we find with true cryptocurrencies.

However, poor power infrastructure and expensive Internet and cooling systems mean, for the time being, African countries are only consumers of cryptocurrencies and cannot truly play a role in crypto mining.