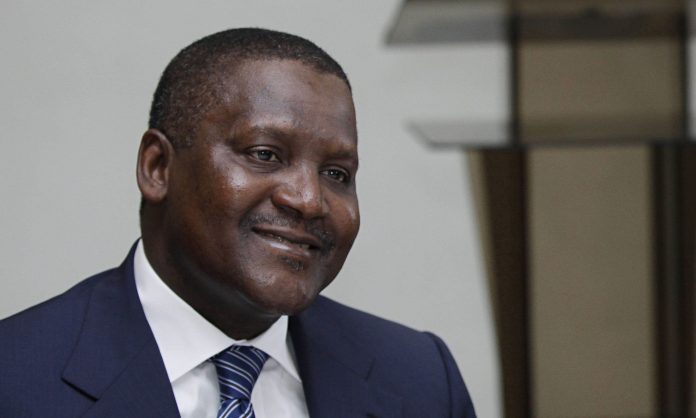 The President, Dangote Group, Aliko Dangote, has said the revenue of his group of companies will hit $30bn by 2020, The Cable reported on Thursday.

The multibillionaire, while speaking at the Africa Investment Forum in Johannesburg, South Africa, noted that the progress being made by the Dangote Group was as a result of the bold steps taken to venture into spaces others were running away from.

Dangote said though he was a true believer that nothing was impossible, the feat was one he would have considered impossible 10 years ago.

He said, “Ten years ago, if you mentioned to me or even if I actually saw it in a dream that our company would have revenue of $30bn, I would have said it was impossible.

“But today, by 2020, we will have $30bn of revenue. Why? Because we have gone into a very bold product and while people are running away from investing, we are investing.”

He added that from just petrochemicals, refinery and oil, the group would have over $25bn, while the rest of the business would have $6bn.

Dangote noted that the President of the United States of America, Donald Trump, was not among the five men who built America.

He stated that Africa could do the same thing to become great, adding that he would love to be part of those who would make Africa great.

“If you look at how the American economy is today, it was actually made possible by five people, the likes of Ford, Carnegie, and the rest. They were the ones that actually made America great not Donald Trump.”