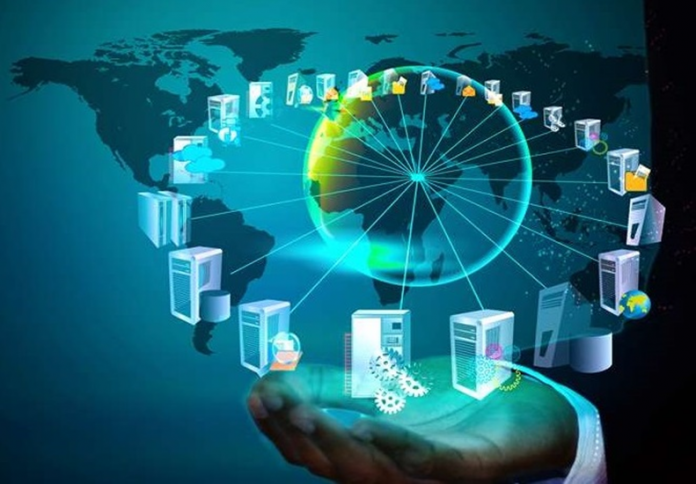 COVID-19 has placed a great deal of pressure on our society and on economies all around the world. Micro, small and medium enterprises (MSMEs) in Africa have been particularly hard hit by the COVID-19 pandemic’s economic effects, with demand for their goods and services falling since the outbreak in late 2019. According to a recent African Union research that questioned African SMEs about the impact of COVID-19 on their firms, the epidemic had a significant impact on 93% of enterprises, with 95% percent of them receiving no government assistance to mitigate the effects of the economic slump. According to the Centre for the Study of the Economies of Africa (CSEA), the pandemic has had a substantial impact on MSMEs’ access to finance, capital, and financial liquidity in Nigeria. It is estimated that Nigerian SMEs will lose approximately 14.85 billion in direct output by 2020.

Meanwhile, the COVID-19 crisis has accelerated digital technology adoption worldwide. The lockdown restrictions offered a unique opportunity for many small and medium-sized enterprises and individuals to engage in digital technology, enabling firms to remain operational and to reach new markets. Unfortunately, the advantages of this digital transformation have been unevenly dispersed due to the massive digital gap in terms of skills and infrastructure.

In the overall growth of Africa’s industrial economy, MSMEs play an important role. They make up around 95% of African enterprises and represent 80% of regional employment. They are thus an industry that is crucial to integrated socio-economic development. The rapid adoption of digital technologies as a result of COVID-19 has continued into the recovery phase in Africa.

MSMEs in Africa has been particularly hard hit by the COVID-19 pandemic’s economic effects, with demand for their goods and services falling since the outbreak in late 2019. According to a recent African Union research that questioned African SMEs about the impact of COVID-19 on their firms, the epidemic had a significant impact on 93% of enterprises, with 95% percent of them receiving no government assistance to mitigate the effects of the economic slump. According to the Centre for the Study of the Economies of Africa (CSEA), the pandemic has had a substantial impact on MSMEs’ access to finance, capital, and financial liquidity in Nigeria. It is estimated that Nigerian SMEs will lose approximately 14.85 billion in direct output by 2020. a, and strengthening MSMEs’ capacity and ability to keep up with the new digital expectations that have arisen will be crucial to achieving COVID-19 recovery across the continent.

However, only a few MSMEs are capable of navigating and integrating into digital platforms will be able to withstand the crisis’s long-term repercussions. Many businesses, particularly in the informal sector, are incapable of embracing digital initiatives. Disparities in technological, social, and networking skills will widen the digital divide even more.

Digital transformation for MSME survival may result in increased consumer access, cost savings, and the ability to optimize goods, sales, and income. Customers are now using social media sites like Facebook, Twitter and Instagram to interact directly with them and efficiently find new ones. MSMEs should effectively promote their products and services on social media platforms, which have a user base of over two billion people while lowering conventional overhead expenses and minimizing the technological barrier between them and their consumers. MSMEs may also use digital advances to help them survive by restructuring their businesses to allow for remote working, moving to e-commerce, and reorganizing their manufacturing lines to focus on higher-demand goods and services.

However, beyond COVID-19, digitalization allows MSMEs to take advantage of the recently adopted African Continental Free Trade Area’s (AfCFTA) benefits. By combining capabilities and resources to foster digitization, the AfCFTA provides a conduit for the region’s governments to come together to pursue new paths to growth.

Although more than 500 million Africans (or 39% of the total population) have access to the internet, digitalization has not resulted in economic progress or structural change on the continent. The fragmented character of many African countries, as well as their modest economic size, is one explanation for this. Most African nations lack the economies of scale and investment capability needed to lower costs and encourage widespread adoption. This helps to explain why Africa’s domestic internet platforms are so slow and unevenly developed. Regional integration can help solve these issues by encouraging investment in trade facilitation, of which digital technology is an important component. The continent has become a common market with the AfCFTA, which reduces economic size and fragmentation problems.

Regional integration also has the potential to resolve another constraint to widespread digitalization in Africa: citizens’ weariness of the potential abuse of digital platforms for surveillance and restrictions on their constitutional rights. Given the role social media played in the Arab Spring, there have been many attempts by African states to shut down the internet or control access to the digital space in response to protests or dissent. In 2019, about 25 cases of partial or total internet shutdowns were documented in Africa, representing a 47% increase from 2018.

Another barrier to broad digitalization in Africa is people’s fear of possible exploitation of digital platforms for monitoring and limitations on their constitutional rights. Regional integration has the potential to address this concern. Given the significance of social media in the Arab Spring, African governments have attempted to shut down the internet or restrict access to the digital domain in reaction to protests or dissent on several occasions. In Africa, there were around 25 incidents of partial or total internet shutdowns in 2019, a 47 percent increase over 2018.

Given this tendency, people and civil society have expressed scepticism and outright rejection of the growth of digital footprints such as digital identity systems and facial recognition. This is where regional integration may assist. Business and political reasons for digitalization will be separated by the universal data governance that is anticipated to emerge inside the free trade area. Furthermore, as a result of regional integration, nations will find it more expensive to shut down the internet at will, as this would have larger continental ramifications.

However, in order for the advantages of the AfCFTA to be shared equally, it is necessary to address Africa’s unequal digitalization development. Domestic digital platform growth in Africa has recently been focused on a few relatively wealthy nations, such as Nigeria, South Africa, and Kenya. As a result, there is worry over whether the AfCFTA will provide a fair distribution of digitalization benefits. This will be determined by how it responds to the digital economy’s competitiveness, antitrust, and cross-border taxes on digital platforms.

African leadership may help MSMEs improve their digital capabilities by pushing initiatives that make it easier for them to embrace and use digital technology. Governments, the corporate sector, and civil society must work together to develop and strengthen a systemic digital shift through collaborating and facilitating information flows. The first step would be to identify the barriers to digital adoption and to propose context-specific solutions to close those gaps. While the importance of critical problems will vary by country, the following policy actions must be undertaken at a global level:

The cost of digitization might be reduced by forming crisis-response partnerships with telecommunications companies. Lower data costs, for example, may encourage MSMEs to engage in online digital literacy and move to e-commerce. Kenya and Nigeria should serve as models for other African countries. Kenya Internet exchange points (KIXP) expanded from carrying peak traffic of 1 Gigabit per second (Gbps) in 2012 to 19 Gbps in 2020 thanks to the internet exchange gateway. The Internet Exchange Point of Nigeria (IXPN) increased peak traffic from 300 Megabits per second (Mbps) to 125 Gbps in 2020, saving $40 million per year.

When embraced and used effectively through the AfCFTA, digitalization will help African MSMEs emerge stronger from the COVID-19 crisis with an unrivalled global competitive edge. As a result, it is time for governments and African businesses to prioritize long-overdue changes in business rules, skills development programs, and public sector governance. 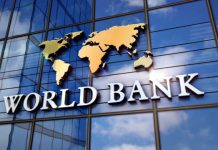 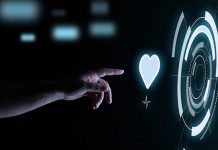