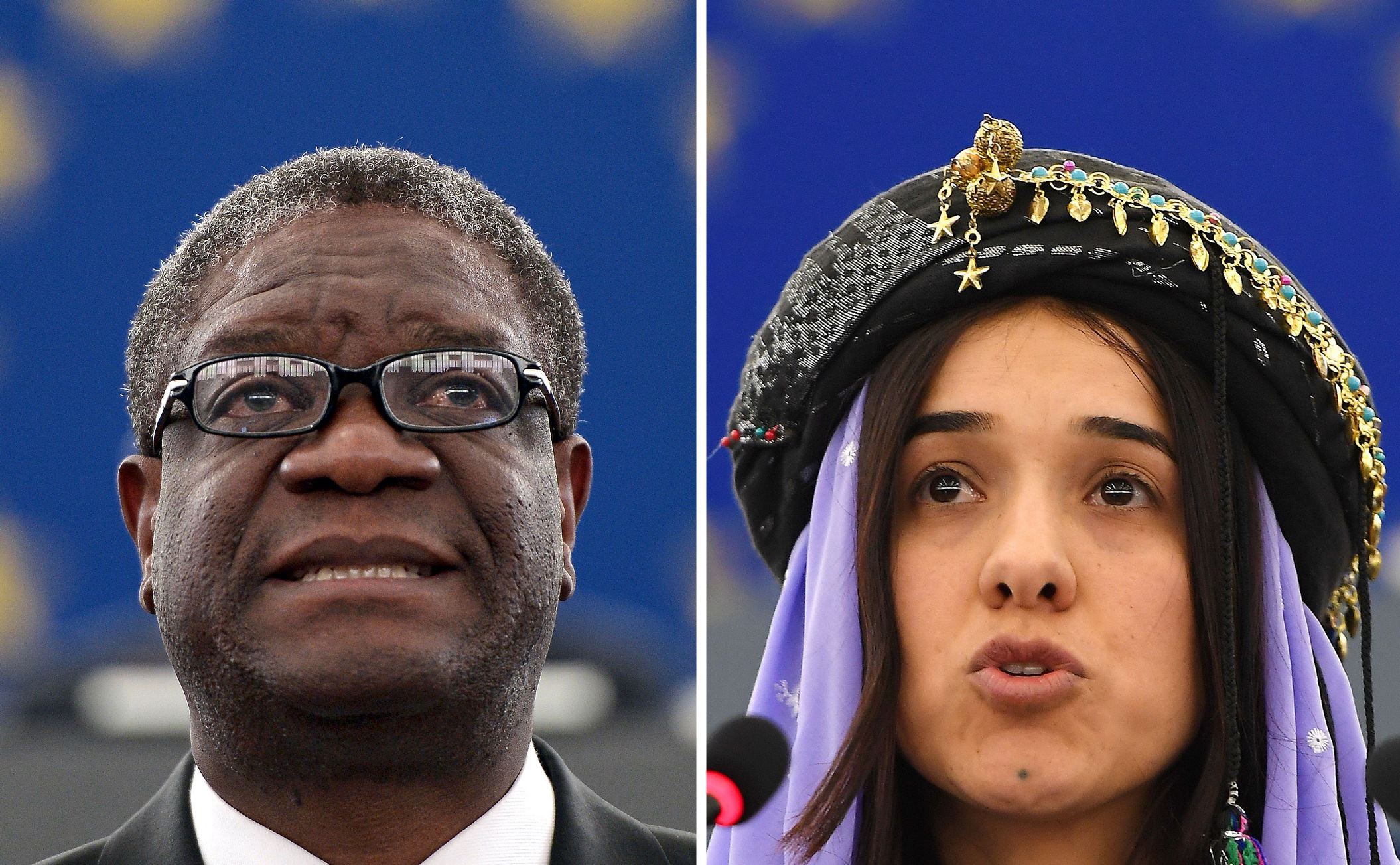 Congolese doctor Denis Mukwege and Yazidi campaigner Nadia Murad won the 2018 Nobel Peace Prize on Friday for their work in fighting sexual violence in conflicts around the world.

The pair won the award “for their efforts to end the use of sexual violence as a weapon of war and armed conflict,” Nobel committee chairwoman Berit Reiss-Andersen said in unveiling the winners in Oslo.

“A more peaceful world can only be achieved if women and their fundamental rights and security are recognised and protected in war,” she said.

One a doctor, the other a victim of rape, both have come to represent the struggle against a global scourge which goes well beyond any single conflict, as the #MeToo movement has shown.

The prize was announced as #MeToo marks its first anniversary after a year in which allegations of sexual abuse, rape and harassment have toppled dozens of powerful men.

By recognising the pair’s work, the Nobel committee has placed a spotlight on the use of sexual violence in war as a global problem.

Mukwege, 63, was recognised for two decades of work to help women recover from the violence and trauma of sexual abuse and rape in the war-torn eastern Democratic Republic of Congo.

Women, children and even babies just a few months old, Mukwege has treated tens of thousands of victims of rape at Panzi hospital which he founded in 1999 in South Kivu.

Known as “Doctor Miracle”, he is an outspoken critic of the abuse of women during war who has described rape as “a weapon of mass destruction”.

Alongside Mukwege, the committee honoured Murad, a 25-year-old Iraqi woman from the Yazidi community who in 2014 was kidnapped by Islamic State militants and endured three months as a sex slave before managing to escape.

She was one of thousands of Yazidi women and girls who were abducted, raped and brutalised by jihadists during their assault that year on the Kurdish-speaking minority, which the United Nations has described as genocide.

Her nightmare began when the jihadists stormed her village in northern Iraq in August 2014. From there she was taken to Mosul where she was repeatedly gang-raped, tortured and beaten.

“The first thing they did was force us to convert to Islam”, she told AFP two years ago. “After conversion, they did whatever they wanted.”

After her escape, she quickly became a figurehead for efforts to protect the Yazidi community and was later named a UN ambassador for victims of human trafficking.

Both Mukwege and Murad had “put their personal security at risk” by focusing attention on and combating such war crimes, Reiss-Andersen said.

“Denis Mukwege is the helper who has devoted his life to defending these victims. Nadia Murad is the witness who tells of the abuses perpetrated against herself and others.

“Each of them in their own way has helped to give greater visibility to war-time sexual violence, so that the perpetrators can be held accountable.”

Whether in Africa, the Middle East or Myanmar, rape has been used against hundreds of thousands of people, either as a weapon of war or tool in the oppression of minorities.

Sexual violence as a weapon of war has been going on for centuries, but it was only recently acknowledged as a crime against humanity with the UN’s adoption in 2008 of Resolution 1820.

And the #MeToo movement, which rose up a year ago following allegations of rape, sexual abuse and harassment against Hollywood director Harvey Weinstein and has since swept the globe, has also had a very sobering effect.

And it was a #MeToo scandal that prompted the Swedish Academy to postpone this year’s Literature Prize for the first time in 70 years.

Mukwege and Murad will share the prestigious prize of a gold medal, a diploma and a cheque for nine million Swedish kronor — almost $1 million or 863,000 euros.

The award will be presented at a ceremony in Oslo on December 10, the anniversary of the death of prize creator Alfred Nobel, a Swedish philanthropist and scientist who died in 1896. 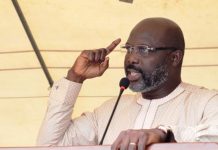