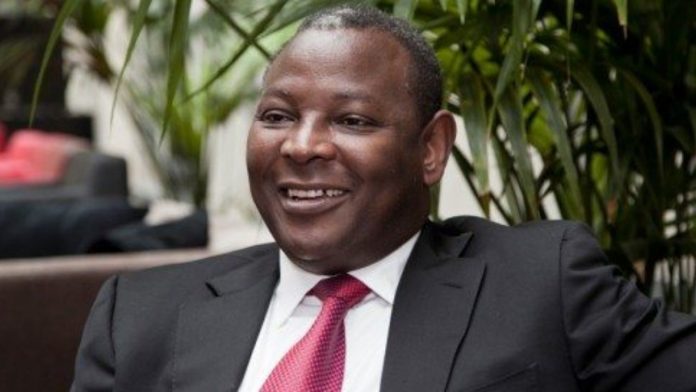 Dr James Mwangi, Managing Director and CEO of Equity Group Holdings and Executive Chairman of the Equity Group Foundation will be featured in a fireside chat with Harvard Business School Professor Caroline Elkins on July 22, 2020, at 5 pm EAT, as part Africa.com’s webinar series Crisis Management for African Business Leaders. The webinar series draws the largest-ever gathering of African business leaders each week, with thousands of C-Suite participants from 123 countries around the world that includes 46 countries on the African continent, and 77 countries in the rest of the world.

The session, Disruptions with Impact: The Intersection of Business and Philanthropy, will examine the COVID-19 crisis for Kenya and East Africa, and the changes that COVID-19 might accelerate for businesses and philanthropies.  Among specific themes to be discussed is the balance between a company’s ethos and its ethical compass during the crisis, and the leadership required to navigate the two.

Dr James Mwangi is a champion for socio-economic transformation. The Kenyan born banker and leading businessman is a lifelong entrepreneur. His career stands as an example of how a successful business can deliver value to its shareholders while creating effective social impact. Dr Mwangi’s leadership approach has been recognized locally, regionally, and globally.

He has been credited with democratizing financial access by removing entry barriers and pioneering a microfinance revolution, which gave 96% of the unbanked population in Kenya the opportunity for broader economic participation. He has led Equity Group Holdings to become a publicly listed financial services group in three countries and is rapidly expanding it and its unique shared-values model across Africa. The Group currently serves 14.3 million clients in 6 countries, positioning itself as the largest financial services and banking group in Eastern and Central Africa in market capitalization. Driven by the commitment to scale up shared prosperity and social impact interventions that transform lives and livelihoods, Dr Mwangi initiated the establishment of Equity Group Foundation (EGF), the social arm of the Group, in 2008. EGF implements innovative programs that leverage the infrastructure of the bank, achieving a higher social return on investment. While serving as the Executive Chairman, he has shaped notable EGF programs and has, to date, mobilized the support of like-minded partners to commit USD 445 million for social impact.

Caroline Elkins is Professor of History and of African and African American Studies at Harvard University and also a faculty member at Harvard Business School and Harvard Law School. She is the founding director of Harvard’s Center for African Studies. She received her A.B., summa cum laude, from Princeton University and her M.A. and PhD from Harvard University.  Her book, Imperial Reckoning:  The Untold Story of Britain’s Gulag in Kenya (Henry Holt, 2005) was awarded the Pulitzer Prize for General Nonfiction in 2006.  It was also one of The Economist’s Best Books for 2005, an Editor’s Choice for The New York Times, a Waterstone’s Best Writer for 2005, and a finalist for the Lionel Gelber Prize for nonfiction. Elkins and her work have been profiled in newspapers and magazines around the world, including Newsweek, Time Magazine, The Los Angeles Times, Le Monde, The Guardian, and The Boston Globe, as well on various television and radio programs. She and her research were the subjects of a BBC documentary titled “Kenya:  White Terror,” which won the International Red Cross Award at the Monte Carlos Film Festival.

If you have not yet registered to attend the webinar, or for more information, visit: https://virtualconferenceafrica.com.