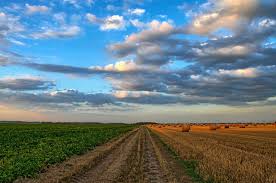 History has been made as South Africa’s eThekwini Municipality recently became the first city on the African continent and one of the 12 cities in the world to develop and adopt a climate action plan.

The city’s Mayor Mxolisi Kaunda launched the Durban Climate Action Plan, which builds on the 2015 Durban Climate Change Strategy and in accordance with the Paris Agreement to reduce global temperatures to 1.5 degrees Celsius.

“Durban, as a signatory of the inclusive climate action declaration, will ensure that it eradicates poverty and increases inclusiveness in its communities. It is important to note that our plan recognises that the city cannot achieve these targets alone and will rely on establishing strong social compacts between government, labour, business and civil society,” Kaunda said.

He also said that the plan would serve as a pathway for Durban to achieve its 2050 vision for a sustainable, carbon-neutral and climate-resilient city.