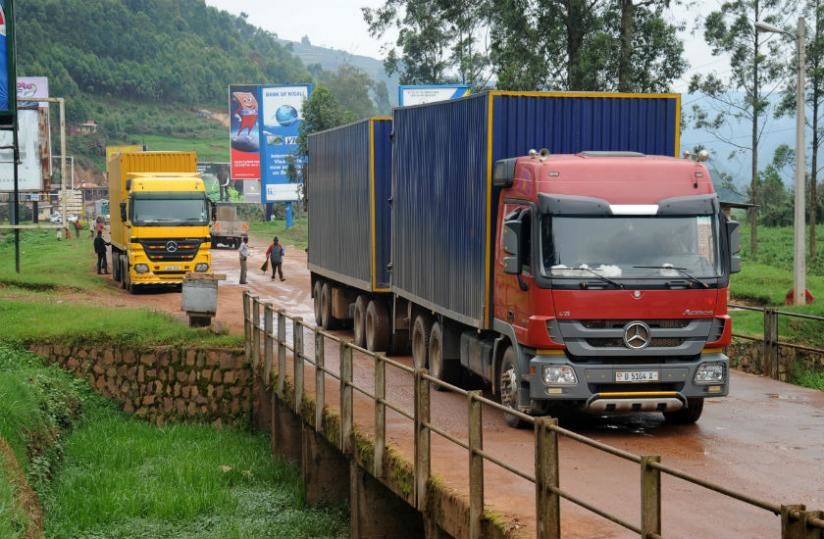 The East African Business Council (EABC) wants the EAC Elimination of NTBs Act amended to ease doing business in the region. The law, passed in 2017, was put in place to stop various restrictions on import, export and trade. For the system to work, a number of changes need to be made. NTBs (Non-Tariff Barriers) include import licensing, rules for valuation of goods at customs, pre-shipment inspections, rules of origin and trade prepared investment measures.

“Partner states currently have the leeway to eliminate NTBs at their own pace,” said Lilian Awinja, executive chairman of the EABC. “This is not helpful to the business community as some goods are perishable. Eliminating identified NTBs is dependent on a long and drawn out process.”

The ENTB Act has achieved some success with a 14 percent reduction in time to import goods between East African countries and a 20 percent reduction for exports. Uganda and Tanzania witnessed the best progress with a 99% decrease in application time (5 days to one hour) for getting an electronic certificate of origin. However, other countries in the Horn of Africa such as Djibouti, Somaliland and Ethiopia have not had much improvement. It is important these nations see the best results because they are trade hubs and own ports.

Article 17 states a council can impose sanctions against a partner state that fails to comply with its laws in regards to trade. Although a good idea in principle, the application doesn’t work because councils are in most cases a mutually interested party, so would never recommend sanctions in the first place. It should be an independent and non-political arm of the community who decide to impose them, and they should always have the trader’s best interests in mind.

With new ports being constructed in Djibouti and Berbera, the Horn of Africa is set to see a massive surge in traffic. This month 73 companies are on track for expedited payment of refunds and reduced customs security checks after they enrolled in an East African Community (EAC) programme to promote regulatory compliance, enhance trade and improve border security.

These firms will reap other benefits from the programme including automatic passing of their declarations and will undergo no physical examination of goods except where risks are high. The incentives apply to multinationals as well as small and medium enterprises that have joined the programme. The EAC plans to enrol over 500 companies in the next five years. Private sector organisations already involved are Mitchel Cotts Freight, Mzuri Sweets Ltd and Umoja Rubber.

“We want to harmonise regional customs standards and also simplify procedures,” said an EABC statement. “This programme, and amending the Elimination of NTBs Act, will minimise the cost of doing business in East Africa, ease border security, promote regulatory compliance and hasten clearance.”

Improving intra-African trade is increasingly on the radar as a crucial factor in the continent’s sustainable development, and many donors are getting involved. TradeMark East Africa are one of those donors and have already made a difference to thousands of small cross-border businesses. One programme in place aims to support the simplification of customs processes and translate them into local languages. By using a simplified regime, traders can cross borders with less delay. Of course, the larger the consignments of goods, the more procedures come into play.

In a recent meeting between the EABC and East African Legislative Assembly a mechanism was devised to curb NTBs on women-led business. Many women report cases of sexual harassment, violence, imprisonment and confiscation of their goods at border posts. People often smuggle goods to avoid arbitrary taxes and fines. Providing them with ID cards is a great way to improve safety, but the efficiency and speed in which they are awarded needs to advance. ID cards enable better access to markets, economic opportunities and financial services. Around 8,000 women traders have benefited from the initiatives so far.

“When I pass customs and security asks for ID I can simply show them a card with my photo and details,” said Agnes, a cross-border trader. “It can also be used to buy SIM cards and make mobile payments. Safety has improved in all areas.”

Putting traders first is clearly a priority for The East African Business Council. Directives are sometimes ignored, so procedures must quickly improve. By 2020, Africa will have a population of 2.1 billion people and a collective GDP of US$2.6 trillion. The continent is a minerals treasure house, has 60% of the world’s uncultivated arable land and is rich in exportable goods. Governments need to facilitate trade by lowering tariffs and supporting transactions.

Implementing a “single window” system has worked in a number of West African countries. For example, Ghana initiated a single window operation in 2002 following concerns about slow and expensive procedures. It standardised information through a single administrative document for all its customs operations. Although implementation is not yet fully functional and automated, results have been positive.

Another measure that has worked involves the creation of one-stop joint border posts. Since traffic only stops once at a country being entered, the time it takes to cross the border is greatly reduced. After the implementation of a one-stop border post, trucks are electronically scanned to police and minimise any smuggling or corruption. Documents can also be standardised through a national or regional single window system. This will resolve challenges around bureaucracy and corruption.

Institutions such as the International Finance Corporation, the African Development Bank and the African Export-Import Bank are increasingly providing or facilitating trade finance. Improved technologies and payment systems give comfort to clients concerned about engaging with new markets. In a continent lacking in efficient postal services, many bank products and channels are also using mobile technology to authorise payment or enable clients to request loans.

“Perceptions of importing and exporting in Africa are getting better,” said Lilian Awinja from the EABC. “For decades, traders have had to pay for imports in advance and faced many cross-border restrictions. That will change as the continent develops more sophisticated finance mechanisms and risk mitigation products.”

Partnership between local and global parties will ensure sustainable growth of African trade. One of the challenges facing policymakers is how to deal with a small-scale sector that is responsible for a significant portion of production, trade and services. While this informal sector is the driving force of most economies, it is badly regulated, has little access to finance and is often scrutiny to a haphazard set of rules and tariffs. By amending the Elimination of NTBs act, the EABC hope to achieve a fair yet simple process for people and companies to trade in East Africa.