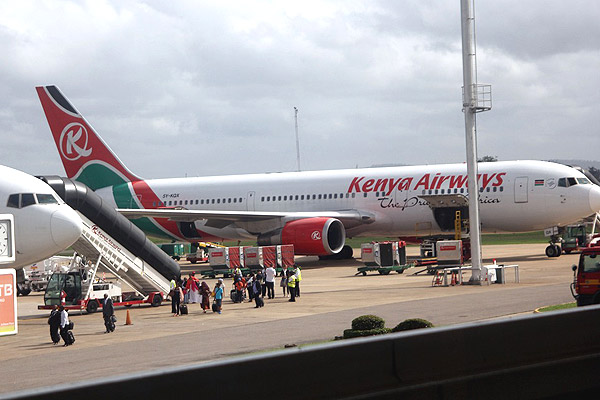 Senior Transport Economist of EAC Eric Ntagengerwa, told a regional forum in Nairobi that the 14th EAC Sectorial Council on Transport, Communication and Meteorology will be considering the recommendations by the Heads of Civil Aviation and Airports Authorities to adopt the regional Air Transport Regulations.

“The outcome of the meeting will allow the region to remove all the fears on eligibility criteria, market access, fair competition and others that are delaying the adoption of the regional regulations which are required to fully liberalize the EAC domestic aviation industry,” Ntagengerwa said during the validation meeting to study on costs and benefits of air transport liberalization in EAC.

In 1999, 44 signatory African States signed the Yamoussoukro Decision (YD) that calls for the full liberalization of the African aviation industry by removing all restrictions on access, price, frequency and capacity in intra-African air transport market. The EAC Partner States have committed to fully implement the decision as part of the Common Market Protocol and in line with the ongoing efforts by the African Union Commission (AUC) and the African Civil Aviation Commission (AFCAC) to establish a single African air transport market.

Ntagengerwa said that the domestic air transport within the EAC remains un-harmonized until the regional regulations on liberalization of air transport market, which were developed by the EAC Secretariat in 2014, are adopted. “Although some EAC partner states have recently entered into Bilateral Air Services Agreements (BASAs) with the aim of liberalizing air transport services, various studies have indicated that the BASAs are still restrictive and uncompetitive,” he noted.

He added that the initiative to develop the EAC Regulations in order to guide the EAC member states to fully liberalize their air transport services, has not been completed because partner states have not yet agreed on the issue of ownership provision for the air operators that would benefit from a liberalized EAC air transport market.