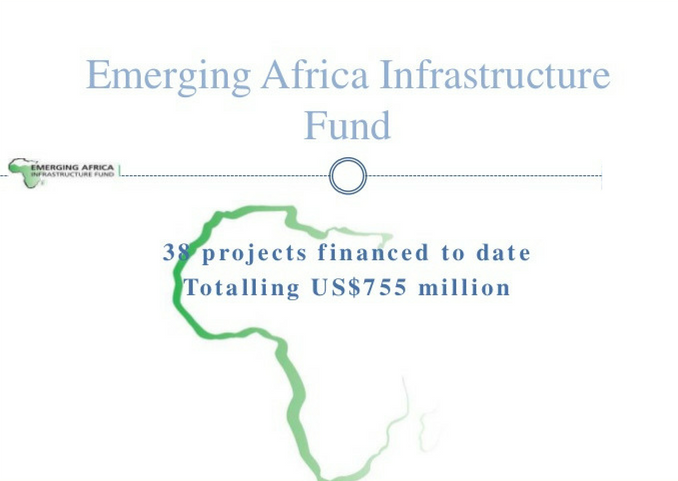 In a boost to the independent power sector in Senegal, the Emerging Africa Infrastructure Fund (EAIF) is increasing its lending to Melec PowerGen (Matelec Group), the owner and operator of the Tobene power station in Senegal. The new B loan of €6.6 million is part of the financing of an expansion of the plant. The first phase, to which EAIF also lent, was completed on time and within budget. It began producing power in 2016.

EAIF is a member of the Private Infrastructure Development Group (PIDG). Seven governments (and The World Bank) currently contribute funds to PIDG. In the case of EAIF, support comes from the governments of the UK, The Netherlands, Sweden, and Switzerland, as well as private sector banks, the German development finance institution, KfW and its Dutch equivalent, FMO.

Nazmeera Moola is Head of EAIF at Investec Asset Management. She says,

“Over the last five years, Senegal has successfully raised its growth rate above 4% and is working hard to consolidate its budget deficit. The country’s focus and concerted effort to implement structural reforms should support Senegal’s growth over the medium term. As the country tackles its structural challenges, EAIF is committed to supporting its infrastructure build out.”

Completion of the expanded plant is expected shortly. The company financed the majority of the cost of the expansion using other short-term resources, and it is now restructuring the facility’s finances on a long-term and sustainable basis.

EAIF Chairman, David White, says that the success of the first phase of the project helps demonstrate to private sector companies and investors in the power industry that Senegal is a market of growing potential. “Melec PowerGen is producing reliable, more affordable electricity for the economy and people of Senegal. It is now in a position to make a bigger commitment to the country. The expansion is a tribute to Matelec Group’s enterprise and the stability and potential of Senegal. I expect others will follow. EAIF is delighted to support the company. By backing Tobene ll EAIF is backing a better future for Senegal.”

Among the benefits the enlarged Tobene plant will bring to Senegal are savings of between US$25 and US$35 million a year to the country’s electricity utility, SENELEC; more reliable, power and at a competitive price; and displacing a proportion of the expensive and noisy rented diesel generators used in many businesses and homes.

“Senegal’s economy is becoming more robust as it grows. We are confident that the country is building a more stable and enterprising society. EAIF has once again supported our growth as a business and helped strengthen Senegal.”

A heavy fuel oil plant, the Tobene facility has the ability to convert to gas power if and when reliable and affordable gas becomes available, either from recently discovered oil and gas fields in Senegal or from neighboring Mauritania.

Senegal’s economy has been steadily strengthening over the past few years. Growth in 2014 was 4.3%, rising to 6.5% in 2015 and again to 6.6% in 2016. The projection for 2017 is above 6%. Senegal, which has a population of c16 million people, is classed as a low-income country and is one of the world’s least developed nations. 43% of its people are aged under 15. Life expectancy is some 10 years below the global average.

The country has a national economic development strategy called Plan Senegal Emergent (PSE). Enlarging and upgrading its infrastructure is at the center of the plan, which also includes improving the business environment to foster private investment. For the past two years, the World Bank has included Senegal in its top ten reforming nations.

IFC acted as Mandated Lead Arranger and A Lender, Banque Ouest Africaine de Development (“BOAD”) as Lender and EAIF and FMO, the Dutch Development Agency as B Lenders.