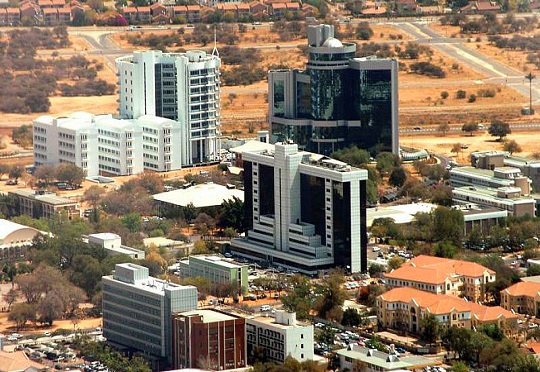 Vera Songwe, Executive Secretary of the Economic Commission for Africa, has commended Botswana for being one the fastest growing economies in the SADC region at about four to five percent and for its plans for diversifying the economy.

Speaking to the media, Ms. Songwe said that during her courtesy call on President Mokgweetsi E.K. Masisi, they discussed developed the economy through diversification and the inclusion of the youth in the diversification plan. Other areas of discussions included the African Union reforms, Botswana’s diversification plans into other sectors, such energy, tourism and livestock to increase job creation. “You cannot grow the economy if you are not putting the youth to work,” said Ms. Songwe.

While in Botswana, Ms. Songwe toured the Derek Brink Holdings Group (DBH) Farm in Tlokweng, which rears over 10,000 cattle. Issues arising from the visit include the need to explore the regulatory factors to be addressed to facilitate the export of Botswana’s first grade beef to African markets.

She congratulated the Minister on her appointment and expressed appreciation to President Masisi for “putting a young woman in leadership.”