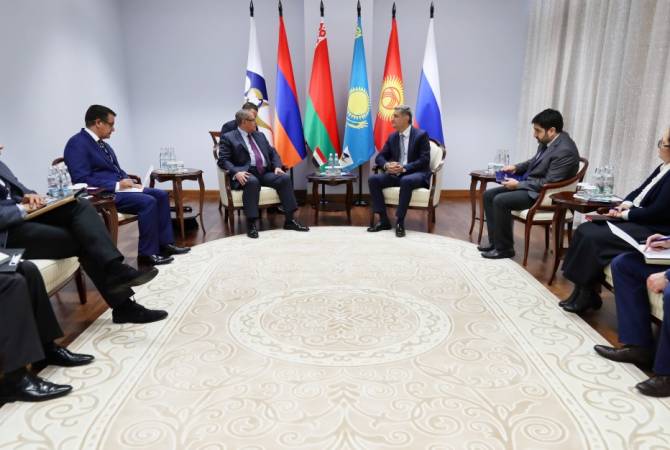 Sargsyan said that the talks were commenced based on the task of member state leaders.

“Our five countries have expressed readiness to start this negotiations process with you. This is more than important because we have traditionally warm relations with Egypt, and now there is a chance to strengthen it,” Sargsyan said.

Ambassador Nasr noted that the roots of cooperation between Egypt and EEU members are very deep.

He said that the Russian industrial zone, planned to be opened in December 2018 in Egypt, can serve as a promising point for cooperation.